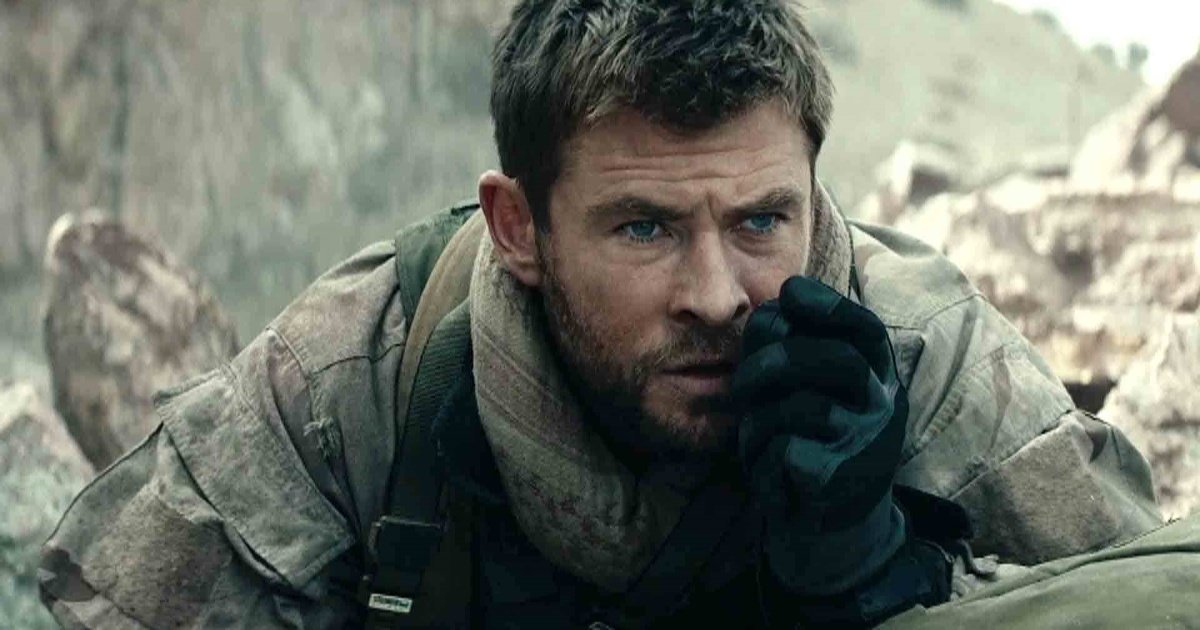 12 Strong, based on the book Horse Soldiers by Doug Stanton, is set in the early days of the US war in Afghanistan.  Emails released by the US Army detail the support they and the Air Force provided to the production as well as their communications with the producers.  During shooting, one of the producers wrote to the Army to thank them for helping to make the movie ‘badass’.

Reports from the Army’s entertainment liaison office show that they first met with producer Jerry Bruckheimer in September 2016, and began putting together a package of military support:

“Horse Soldiers”: OCPA-LA hosted a meeting with Jerry Bruckheimer and members of his production company for the film adaptation of the book Horse Soldiers to discuss the possibility of filming on U.S. Army installations and the inclusion of two CH-47 aircraft in the film. OCPA-LA received a tentative production schedule and request list to begin staffing the project.

That autumn they facilitated location scounting, before filming started in December.  This included using White Sands Missile Range as a double for Afghanistan, and actual Army special forces soldiers were on set for part of the filming.

“Horse Soldiers”: LTC ███ is currently on location in Albuquerque, NM in support of the Jerry Bruckheimer production “Horse Soldiers”. Filming began on 1 December. The 4-160th Special Operations Aviation Regiment, JBLM is providing two MH-47s and two MH-60s for the insertion scenes. The aircraft arrived in Albuquerque, NM 5 December and will be on location through 17 December. Two members of the actual U.S. Army Special Forces Team arrived on set 7 December.

The entertainment liaison office even organised meetings between Warner Bros. and the Army Marketing & Research Group (AMRG) to discuss mutual branding exercises around the release of the film.  The relationship was so close that in December, in the middle of shooting, one of the producers wrote to several Army officers and to Phil Strub to thank them.

US Army emails on Horse Soldiers a.k.a. 12 Strong