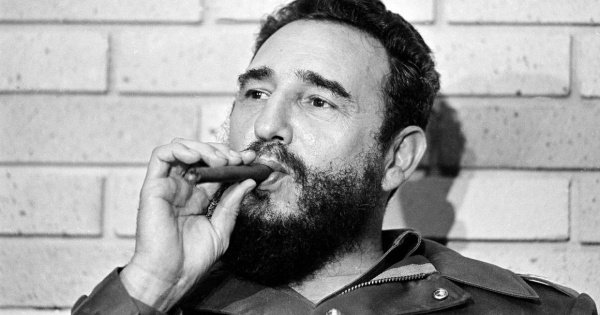 1959 CIA Memo on the ‘Elimination’ of Castro

With the death of former Cuban leader Fidel Castro I felt this would be a good time to provide a copy of an important but seldom-read CIA memo from 1959 where they discuss and approve the ‘elimination’ of Castro.  Shortly after the Cuban revolution Castro visited the United States, speaking with then Vice President Richard Nixon on friendly terms.  Castro then went home to Cuba while Nixon wrote a memo where he declared that the new Cuban leader was a dangerous Communist.  Within months the CIA were drawing up plans to assassinate him. Meanwhile the CIA, who had provided Castro’s guerillas with a small amount of funding before the revolution, became equally concerned.  When the new Cuban government started nationalising the oil refineries and sugar production facilities the Agency (at that time very much the secret army of corporate America) looked into other options.  Within a year of the revolution, in December 1959, the Chief of the Western Hemisphere Division JC King sent a memo to the director (Allen Dulles) and the deputy director for plans (Richard Bissell).

King’s memo describes the new government as a ‘dictatorship of the far Left’ and that if the actions taken against American properties in Cuba were allowed to stand that it would ‘encourage similar actions against US holdings in other Latin American countries’.  It goes on to say that propaganda will not be enough to wrestle power from Castro and that only violent action will get the job done.  King also wrote that if Castro were to remain in power for two years that this would cause lasting damage to the US position of leadership in Latin America.

The US objective in Cuba was:

The overthrow of Castro within one year and his replacement by a junta friendly to the United States which will call for elections six months after assumption of office.

The memo then lists a number of strategies for bringing this about before adding a paragraph saying that:

Through consideration be given to the elimination of Fidel Castro.

This recommendation was approved by Dulles and so began a decade of attempts on Castro’s life.

1959 CIA Memo on the Elimination of Fidel Castro