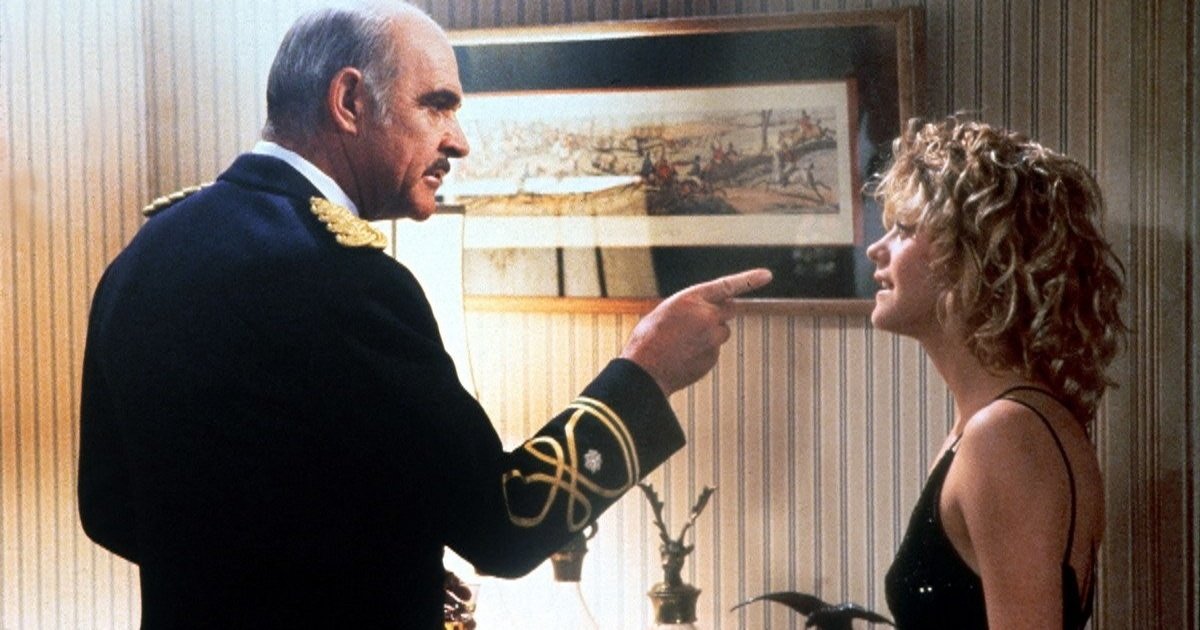 1988’s The Presidio wanted to film at the real Presidio in San Francisco, an Army installation.  As per usual this required a full military script review, but the DOD responded demanding a ‘complete rewrite’ before they would approve access to the base.  The resulting film bears little resemblance to the submitted script, leading to glowing feedback from the Army.

You could make a film called The Presidio without shooting on location at the Presidio, but what would be the point?  This was the dilemma facing the film-makers behind The Presidio, who asked the US Army for permission to shoot scenes on their base, but were told that ‘a complete rewrite of the storyline, the Army characters and their activities would be required’ before they would reconsider the script for military support.

The storyline centres around a smuggling ring involving US Army employees on the fort, which is discovered during the investigation of an Army MP being killed.  Even the finished script contains reference to the smugglers being CIA veterans of the Vietnam war, who are smuggling something into California that begins with D.

I know what you’re thinking – Iran-Contra, where US officials colluded to import drugs into the US to help fund the Contra war in Nicaragua.  But it turns out to be diamonds from the Phillippines.

Whether this change was made earlier in the process, when the producers first approached the military in the early 80s, is not clear from the available documents.  What is clear is that the original script had the smugglers hiding the diamonds in deliveries of alcohol to the Presidio, but the Army changed this to bottled water because using booze would have been in conflict with their efforts to ‘deglamourize alcohol’.  Likewise the script originally saw military police investigating, but this involved the provost marshal being directly involved, rather than overseeing the investigation.  This was civilianised so the San Francisco police department run the investigation, with the provost marshal supporting in an informal capacity.

The DOD also insisted that the screenwriters change the motivations of a Vietnam veteran Medal of Honor recipient who is part of the smuggling ring, but flips and helps the police at the end of the film.

It appears the scriptwriter intends him to represent the Vietnam War hero unable to adjust.  This is not sufficient motivation, nor is it convincing.

Of course, numerous Vietnam veterans did struggle to adjust back to civilian life and ended up involved in criminal enterprises (or worse).  But this impression was removed from the script at the DOD’s request.  Ditto the implications that ‘because of their military service, soldiers are above the law’ and that an ‘old boy network’ protects the officers who ‘stick together to protect their own, no matter the circumstances’.