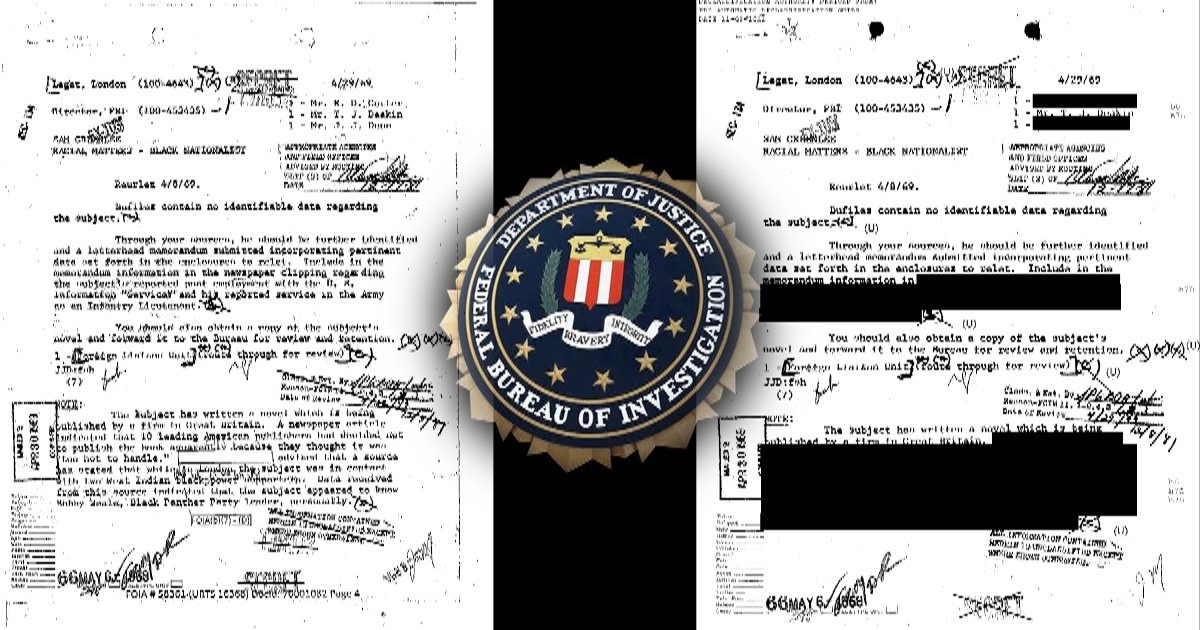 The FBI got back to me recently with a response to my request on The Spook Who Sat by the Door, including a few pages from Sam Greenlee’s FBI file, which they’d previously claimed they could not find.  Amusingly, the version of this file released to me by the National Archives contains several extra pages, while the FBI version of the exact same documents is more heavily redacted.

For example, the FBI’s review of the book of The Spook Who Sat by the Door contains the information that Greenlee had been turned down by numerous US publishers because the book was ‘too hot to handle’.  On the National Archives version of this memo you can read this information, but on the FBI version you cannot.

Likewise a memo on Greenlee himself includes this same information and the same phrase – ‘too hot to handle’ – alongside details about Greenlee’s time in the US Army and his work for the US Information Service (the USIA).  In the National Archives version this information is legible, in the FBI version it is redacted.

I will be going through these documents and reviewing the film of The Spook Who Sat by the Door in an episode of ClandesTime.