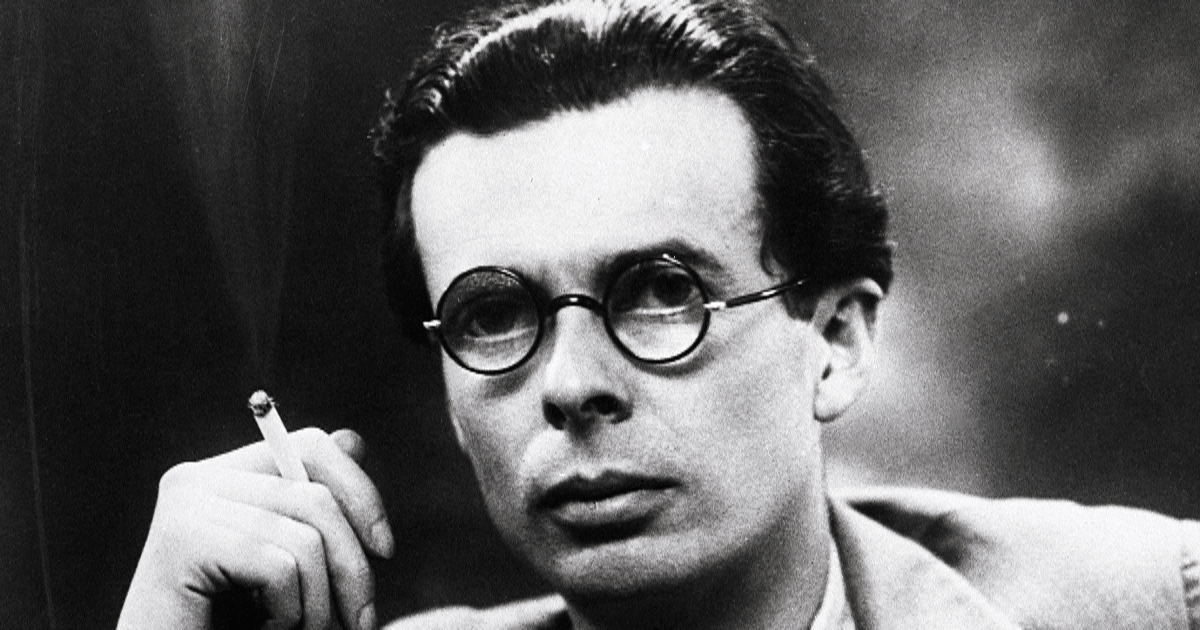 Like most major 20th century writers the FBI has a brief file on Aldous Huxley – the ‘author and social critic’ behind Brave New World, Island and The Doors of Perception.  Huxley was never the subject of a Bureau investigation but they kept tabs on some of his public appearances and statements.  This included his appearance on a TV discussion show where he described how advertising techniques could be used to condition the public to accept a totalitarian future, and how his comments caused a ‘riot’ at UCLA.

The documents were liberated by a MuckRock user and are mostly devoted to Huxley’s comments at a UCLA conference in 1960 and a TV interview by Mike Wallace in 1958.  A memo summarising information on Huxley from the Bureau’s files mentions his Encyclopaedia of Pacifism and how it was used by pacifist groups to promote their own views.

Similarly, they noted how Huxley’s named had surfaced during a HUAC hearing earlier that decade, in relation to an odd organisation seeking to ‘rehabilitate’ communist authors:

The FBI obtained a tape of the interview and an agent summarised some of Huxley’s more important comments.  Aldous noted that in Brave New World the primary means of mass social control was drugs, but that:

In addition, HUXLEY felt the advertising agencies possible un-principled use of television and other mass-media could create the same effect. HUXLEY further stated these methods used by advertising agencies could be employed by evil individuals for political purposes thus making us more receptive to ideas that are totalitarian.

Another of the more telling paragraphs in the FBI Aldous Huxley file records a brief incident during the panel discussion at UCLA on Human Values and the Scientific Revolution.  Huxley said that, ‘We all know there must be one world but how do we get this idea implemented – by consent or by force?’.  The Bureau file (evidently produced by an informant in the audience, or on the basis of what they told their handler) records:

(Riot here – student in first row stood up to oppose Huxley. Campus police took him out, kicking him, and with much struggle. People in first 5 rows (reserved) all stood up, and demanded the student be allowed to stay and speak, but he was taken out.)

Even in 1960, angry opposition to the notion of a single united world was evidently quite prevalent.  It is no coincidence that in the decades since Aldous Huxley’s death in 1963 that he, his family and his books have been the subject of a lot of conspiracy theories, primarily from John Birch Society-type anti-communists.  As such it’s quite fitting that even during his life the FBI (who had much the same mentality and philosophy as the John Birch Society) were keeping tabs on what Huxley was saying.