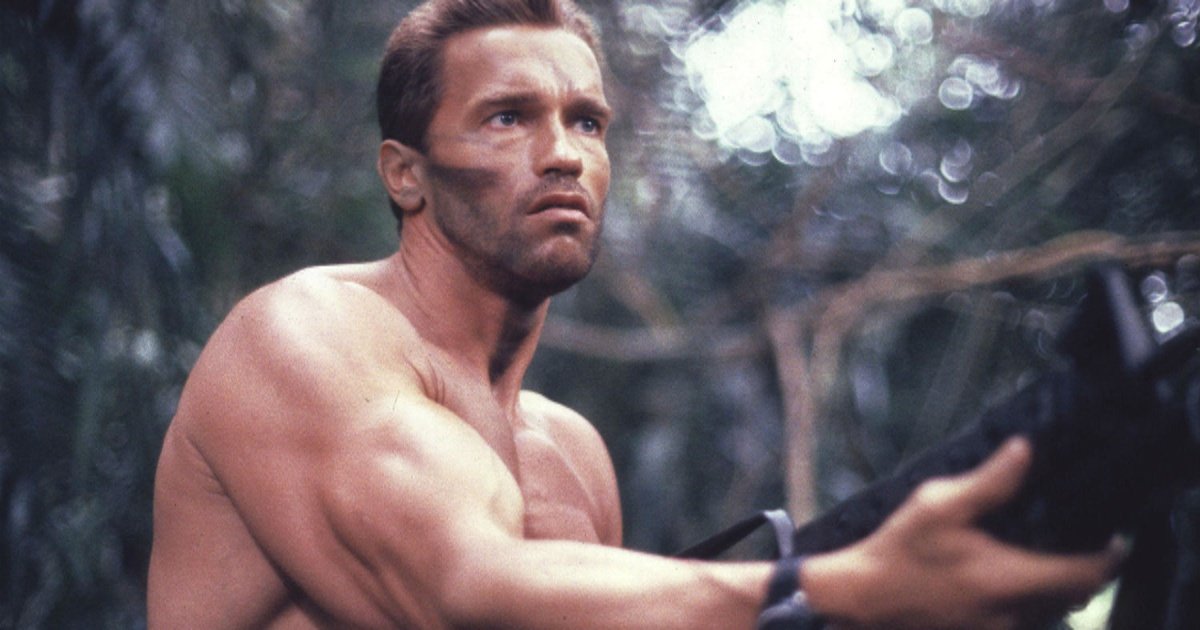 Arnold Schwarzenegger is famous for many things – being Mr Universe, The Terminator, the Governator and Commando.  Now he’s trying to add one more to the list – unofficial military entertainment liaison.  The USC Schwarzenegger Institute for State and Global Policy recently hosted a workshop to help Hollywood bigshots mingle with military leaders from across the world.

As reported by military glorification website We Are the Mighty, the workshop combined the likes of Jerry Zucker and Jon Turteltaub with pilots from the Air War College International fellow program, and reps from the Navy’s entertainment liaison office.  As Arnie put it:

Hollywood wouldn’t be the same without the stories of our military’s heroism that have inspired Americans and taught the world our values. I’m proud the Institute can support this important collaboration by bringing together top military and entertainment talent.

Bizarrely the article goes on:

This pairing of two seemingly different worlds couldn’t come at a better time. All branches of the military continue to work tirelessly each year to meet their recruiting, retention, and readiness goals, while Hollywood has continued to push mega-movies with a military spin, like the freshly released Captain Marvel, and create new platforms for military storytelling, like Netflix, Hulu, and We Are The Mighty (yeah, yeah… shameless plug).

It is particularly odd to claim these are ‘two seemingly different worlds’ having just mentioned that the Navy has an entire office dedicated to working with Hollywood.  In fact, the founder of We Are the Mighty met with the Army’s entertainment liaison office in 2015 to explore areas of mutual benefit.

Why they’re playing dumb and acting like there isn’t a relationship between Hollywood and the military that goes back over a century is anyone’s guess.  However, the article is up front about the influence the military’s Hollywood outreach efforts can wield, with one writer admitting she created an entire character because of the Hollywood To The Navy program.

In addition, many of the writers expressed how participating in a short visit with the military changed their entire view of military stories. Writer and showrunner Sarah Watson recounted how impressed she was with the female sailors she met on an aircraft carrier visit. As a result, Sarah has dedicated herself to creating a female military character in her next project.

Yet another woman serving up women to be abused and sexually assaulted by her military counterparts.

The article is also honest about the importance of films as a tool of soft power:

The discussions throughout the day included deep dives into how various successful collaborations between the US military and Hollywood, such as The Last Ship and Transformers, can shape public affairs, recruiting, and soft power diplomacy. Basically, the military leaders asked if movies can make the world safer, and the answer was a resounding yes (especially if we are one-day attacked by Predator aliens).

Of course, by ‘safer’ they mean ‘more subject to US military hegemony’…