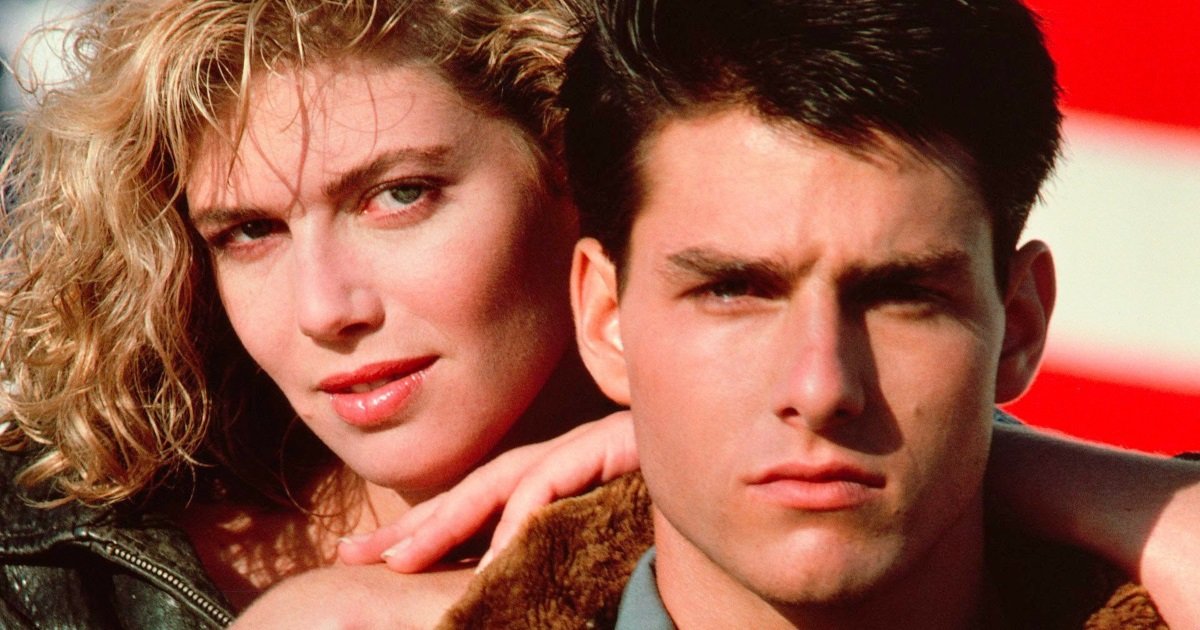 As Top Gun: Maverick Trailer Drops, Tom Cruise Lies About Why the Sequel Took So Long

Tom Cruise dropped into San Diego Comic-Con this week to premiere the trailer for Top Gun: Maverick, which is nothing short of a fan service nostalgia reel and some cheesy dialogue about how Maverick is still – you’ve guessed it – a Maverick.  All indications are that it will be a soft reboot of the homoerotic military recruitment ad original, but more importantly, Tom Cruise did not tell the truth about why it took so long – over 30 years – for him to produce the sequel.

The original Top Gun is now widely considered to be a classic of gay cinema, featuring Cruise and Val Kilmer flirting with each other for two hours and competing over who gets to be the ‘Top Gun’ (and who gets to be the bottom).  However, it appears that Maverick is bisexual, as he also devotes much of the film to the pursuit and bedding of Kelly McGillis, the world’s most obvious lesbian.

This includes one scene where Cruise follows McGillis into a ladies’ room and sexually propositions her, suggesting they do it right there on the counter, only minutes after they first meet.

While the Pentagon didn’t have any problems with these scenes and storylines at the time the movie came out, just a few years later the military endured one of its worst sexual assault scandals.  In September 1991 at the annual Tailhook Symposium at the Las Vegas Hilton, over 100 Marine and Navy aviators sexually harassed and assaulted 83 women and 7 men.  This included forcing women to ‘walk the gauntlet’, whereby dozens of aviators lined the hallways of the 3rd floor of the hotel, forcing women to walk between them to get to their rooms.  As the women passed they were subjected to gropes and sexual assaults from the mob.

The Tailhook scandal resulted in the Navy withdrawing all support for Top Gun 2, purportedly on the grounds that scenes in the original film had encouraged the behaviour seen at the Tailhook Symposium.  DOD investigators felt that the original Top Gun had inspired copycats, who stupidly thought their behaviour was acceptable because they saw similar behaviour in a movie.  The film was scrapped, and it would be another 20 years before the project was revived.

Naturally, Cruise mentioned none of this at Comic-Con, instead offering some anecdotal waffle to the eager crowd:

Thirty-four years ago, I made a movie in San Diego and shot across the street in a restaurant.  San Diego is a special place for Top Gun and the sequel was shot here last summer.

I was always asked ‘When are you going to do another one?’ Well, you’ve been very patient with me. I felt like it was my responsibility to really deliver for you.

Of course, we shouldn’t expect a Hollywood star to tell the cold, hard truth about anything, let alone a topic as grievous and disturbing as military rape, but I’m nailing my colours to the mast and predicting that not a single major media article about Top Gun: Maverick will tell the truth about why the sequel took so long to come to fruition.