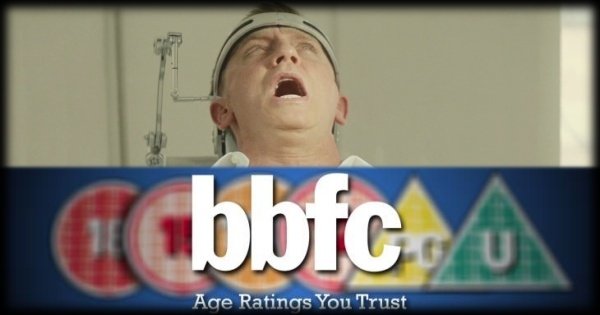 BBFC Report: Complaints about violence and torture in Spectre, Kingsman and Minions

The British Board of Film Classification (BBFC) recently published its annual report, which details complaints against various movies including Spectre, Kingsman and Minions.  As is so often the case, sex and violence were the focus of the complaints, leading the BBFC to explain why they had allowed these scenes into films aimed at young people.  The effect of on screen fictional violence in desensitising people towards on screen real violence is an important phenomenon, illustrated well by the public apathy towards war and torture.  The significance of Spectre and Kingsman being sponsored by the British state should not be lost on anyone – clearly the Ministry of Defence and the Foreign Office had no problems with these scenes, or just shrugged their shoulders and let the BBFC sort it out at their end.

What does the BBFC do?

Like the MPAA review board in the US the BBFC look at early cuts of films and make recommendations based on the desired rating classification sought by the film makers for marketing purposes.  Just like in the US, a film does not have to go through the Board system to get released in the UK, but a film without a rating will be very difficult to get into cinemas.  The ratings spectrum currently in use by the Board is based on the MPAA system:

Over the years the Board has come under criticism for over-zealous censorship and paranoia regarding potential audience reactions.  To be sure, they don’t seem to have any hard and fast rules.  For example, they cut scenes out of the brilliant but horrible serial killer thriller Peeping Tom (1960) but left equivalent scenes in the Hammer Horror Dracula two years earlier.  In the correspondence between the BBFC and Michael Powell during the making of Peeping Tom there was a continuous reference to the use of the tripod spike as a murder weapon:

Then in a later letter after a preview screening:

Reel 6.  If possible you should further reduce emphasis on the spike in the murder of Vivian.

And yet for Dracula the BBFC were happy for a similar weapon, a wooden stake, to be used in gruesome fashion – one scene (the staking of Lucy) being particularly graphic. This graph shows the total number of films submitted to the BBFC from 1931-2011 and the number they deemed it necessary to cut to ensure a rating could be granted. This graph shows the percentage of films that were cut from 1945-75.  If we put these two bits of data together we can see how there was an increase in censorship by the BBFC until some time in the 1980s (when the two lines in the top graph are closest together).  Since then the role of the BBFC in cutting films has reduced to almost nothing, begging the question of if they are needed at all.

One could argue that the film makers know their market better than the BBFC does.  On the flipside one could also argue that over a century the film industry has figured out what it needs to do (and not do) to get past organisations like the MPAA and BBFC.  Given that both are made up of people from within the industry and both are self-appointed, self-funded bodies there is an inherent feedback loop in operation in the relationship between the industry and their regulators.

Nonetheless, sometimes the BBFC gets it wrong, sparking complaints.  The artistic libertarians argue that even their minimal modern role in censorship is still too well-entrenched and too widely accepted as to be banal or benevolent.  One recent protest involved a British film maker making a 10-hour film of paint drying and then submitting it to the BBFC for classification.  Because the BBFC charge on a per-minute basis the producer of Paint Drying Charlie Lyne used crowdfunding to raise thousands of pounds to pay for his submission.  The BBFC dutifully sat down and watched this DIY epic before granting the film a ‘U’ rating.  The release page for Paint Drying on the BBFC’s website describes it as a ‘documentary film showing paint drying on a wall’ that contains ‘no material likely to offend or harm’.

The BBFC and Kingsman

On the other side of the argument are those who say that the BBFC is not censoring films enough, leading to complaints to the Board about scenes they allowed into films targeted at younger audiences.  In each year’s annual report the BBFC there is a ‘Letters from the public’ section where they outline some of the responses (usually complaints) they have received from British film-goers.  The report for 2015 notes how:

One of the issues raised by the public with regards to Kingsman: The Secret Service was the level of violence at 15, particularly in regards to a fight scene in a church.

The BBFC saw a version of the film before it was complete and offered advice as to how the film distributor’s desired 15 rating could be achieved. Otherwise, the film would have been classified 18. The distributor chose to make changes before formally submitting the film for classification. While there are some strong moments of violence in the film, they are relatively brief and do not ‘dwell on the infliction of pain or injury’ to the extent they require an 18 classification. The BBFC therefore classified the film 15.

Other complaints focussed on a scene involving a crude sex reference which is unexpected but intended to be funny. In part thanks to the comic context, this line did not require the entire film be restricted to an adult audience only by way of an 18 classification.

The BBFC also received some complaints regarding the fact that the distributor chose to change parts of the film to achieve a 15 rating. The decision to release the film at 15 with cuts, rather than 18 uncut, is not one for the BBFC.

To be sure, the riot in the church is especially graphic and extensive, with perhaps 100 deaths in a matter of minutes, all through raw, physical hand-to-hand violence.  In contrast to the BBFC’s excuses this ultra-violent sequence is not relatively brief.  Likewise we could wonder at whether it is more responsible to depict the consequences of violence, or to avoid them by quickly moving on to something else.  In the BBFC’s eyes the latter is the lesser crime.  They think that showing horrific up-close and personal ultra violence is fine as long as you don’t linger on it.

While in an individual film that might be a fair judgement, over time it has the effect of desensitising people to violence (at least on-screen) because they never have to emotionally engage with even fictional consequences of violence.  The consequences are avoided, and eventually people start to believe there are no consequences.  Hence why these days people see horrific violence and poverty and destruction on the news and most of them barely feel a thing, or reach very quickly for the lame excuses offered by news and entertainment media alike.  While people may not be desensitised towards real violence happening to them or right in front of them, they are unmistakably desensitised to violence on the screen (whether it depicts the real world or a fictional one).

The BBFC and Spectre

The complaints about the latest instalment of James Bond – Spectre, followed a similar pattern.  While few complained about the stale plot, the weak pacing, the endless string of exotic locales working as a substitute for any engaging characters, the violence that has characterised the Daniel Craig movies upset a few people:

Complaints about Spectre focussed on scenes of violence. During postproduction, the distributor sought advice on whether it could secure a 12A classification and if so, how. One scene involving an eye-gouging was slightly too strong for the company’s preferred 12A classification. We therefore suggested reductions to this scene. What remains in the classified version of the scene is a brief implication of what is happening, with only limited visual detail.

There is also a torture scene. Although the idea is unpleasant there is limited detail depicted. Given the lack of detail in the scene and the context of an action film featuring a larger-than-life hero character who always defeats his enemies, this moderate violence is acceptable at 12A. Another scene, showing the bloody aftermath of a suicide, was similarly reduced.

In this case we see the visual-centred nature of the BBFC’s appreciation of films.  While this is partly symptomatic of a trend towards prioritising the visual that is dominant in most of Western culture, the BBFC are certainly guilty of it here.  The torture scene where Bond is skull fucked with a brain drill is mostly unpleasant for the sound effects.  No doubt had the visuals been more acute then the scene would have been even nastier to watch but nonetheless it is the sound of drill against bone that does the trick.

Once again we have to wonder if showing the consequences of violence – in this case torture – might have a useful, responsible purpose.  The process of half-hiding them desensitises people at least to the notion of torture.  After all, they saw Bond get tortured in an extreme way and then he just got up and carried on running and shooting.  Clearly torture isn’t that bad, and our enemies do it so why shouldn’t we?  Again, the effect of violent entertainment on our media experiences of foreign/security policy is not to dismissed.

This is presumably why films like Spectre and Kingsman enjoy the ready support of the very same institutions who carry out this violence.  Both films were granted licenses to use Ministry of Defence property as filming locations, Kingsman also filmed at a major Metropolitan Police station and had advice from two military contractors and employed technical advisers from a firm made up of ex-British military types.  Spectre also filmed at Foreign Office and other government buildings and was subsidised by the Mexican government.  In an era when most of the violence is committed by the state, and most people’s experience of that violence is through digital media, desensitising their own populations towards the consequences of that violence is very useful to institutions like these.  Is this why they support such projects so enthusiastically?

The BBFC and Minions

Likewise, it was the torture scene in Minions that drew complaints from some members of the viewing public:

Minions received 16 complaints, mainly focussing on a scene set in a medieval-style torture dungeon. The Minions are stretched on a rack, where it is apparent that they do not come to any harm, and this develops into them slipping unharmed through a noose and playing with the gallows. The scene takes place in an unrealistic, comic and slapstick manner which is likely to be familiar to young viewers, who expect the Minions to survive. The realistic risk of harmful imitation is very low indeed.

In all fairness I found this scene (and the whole film) pretty funny, though once again the concern here is that censorship is actually resulting in a trivialisation and normalisation of torture and violence.  This is the opposite effect that it is supposed to have, leading us to ask once again: what are the BBFC for?  Do we need them?  Is there a better approach to protecting societal values?