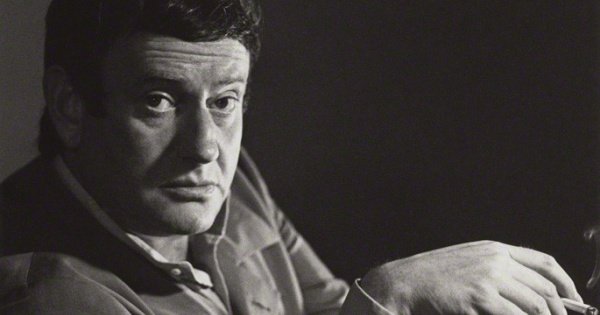 Cyril Wolf Mankowitz was the man who introduced Albert Broccoli to Harry Saltzman – the men who created the James Bond film franchise.  He was also a suspected Communist, in the files of MI5.  Suspicions began in 1944, when he married his wife Ann who was a Community Party member.  This suspicion followed him for another 15 years, even though Wolf described himself as an anarchist, not a Communist.

When he briefly served in the armed forces at the end of WW2 his commanding officer was told in a memo that Mankowitz was the ‘husband of a Communist Party member and is himself a convinced Marxist’.  The memo enclosed a report, which was completed and returned by the commanding officer. Note that in the returned report the officer says that he observed nothing to suggest that Private Mankowitz held Communist, Trotskyite, Pacifist, Fascist or Anarchist views. In any case, other reports from this period in the file make it clear he wasn’t a Soviet spy, lacking the strength of character to recruit or influence others.

After the war, when Mankowitz applied for a job with the Central Office of Information, they sent a vetting request to MI5. The reply came back ‘our records show this man to be the husband of a Communist Party member and himself a convinced Marxist’. MI5 neglected to mention that their records also showed he did nothing to indicate that he held these views. Naturally, Wolf didn’t get the job. A few years later, when MI5 realised that Mankowitz had been working for the BBC for some time as a freelance writer they wrote to the Beeb asking them for information on Mankowitz.  The BBC’s reply was essentially benign, so MI5 followed up by once again reiterating that ‘in 1944 Mankowitz was the husband of a Communist Party member and was himself a convinced Marxist’.  The letter says that ‘we have no further information since that date’ when in reality they did – but it was information suggesting he wasn’t a Communist, and therefore wasn’t useful in MI5 using the suspicion of Communism as a tool of control.  Mankowitz tried several times for a full-time contract with the BBC but was always refused, and they even asked MI5’s permission before employing him in 1957.  All because of one inaccurate letter. As the 1950s progressed, Mankowitz became interested in co-operating with the Soviets on film production, and surveillance reports and photos show him visiting the Soviet embassy in 1955-56.  Curiously, one of these notes how ‘Greene [is] still being sought’, which is presumably a reference to Graham Greene. Mankowitz criticised the Soviets in 1956 for the invasion of Hungary, and for the lack of freedom of expression for writers in the Soviet Union.  Despite this, MI5’s suspicions appeared to be finally paying off in 1957 when it seemed that he was going to lead a delegation of significant cultural figures to the World Festival of Youth and Students in Moscow.  However, the trip was cancelled because Mankowitz was called away to scout filming locations in the West Indies. While the document doesn’t make it clear, it is possible that Mankowitz was in the West Indies because of the emerging James Bond film project.  Mankowitz’s filmography from this time does not include any production that involved Jamaica, except Dr No several years after the trip mentioned here.  He knew both Albert Broccoli and Harry Saltzman, though at this time neither of them owned the rights to the project.  It wasn’t until 1961 that Broccoli told Mankowitz of his desire to produce the Bond movies, and Mankowitz set up a meeting with Saltzman.  Mankowitz wrote a movie treatment for Dr No which they took to United Artists and they wrote a cheque for a million dollars and the world’s longest-running movie franchise was born.  When Mankowitz saw early cuts from the film he thought it was going to bomb, so he had his name removed from the credits.

This report marks the last major strand of intelligence in Mankowitz’s MI5 file, and this seems to be the point at which they started to give up on the idea of him being a subversive Communist.  His file was closed the following year.   You can download Cyril Wolf Mankowitz’s MI5 file here:  Part 1 – Part 2 (PDF).