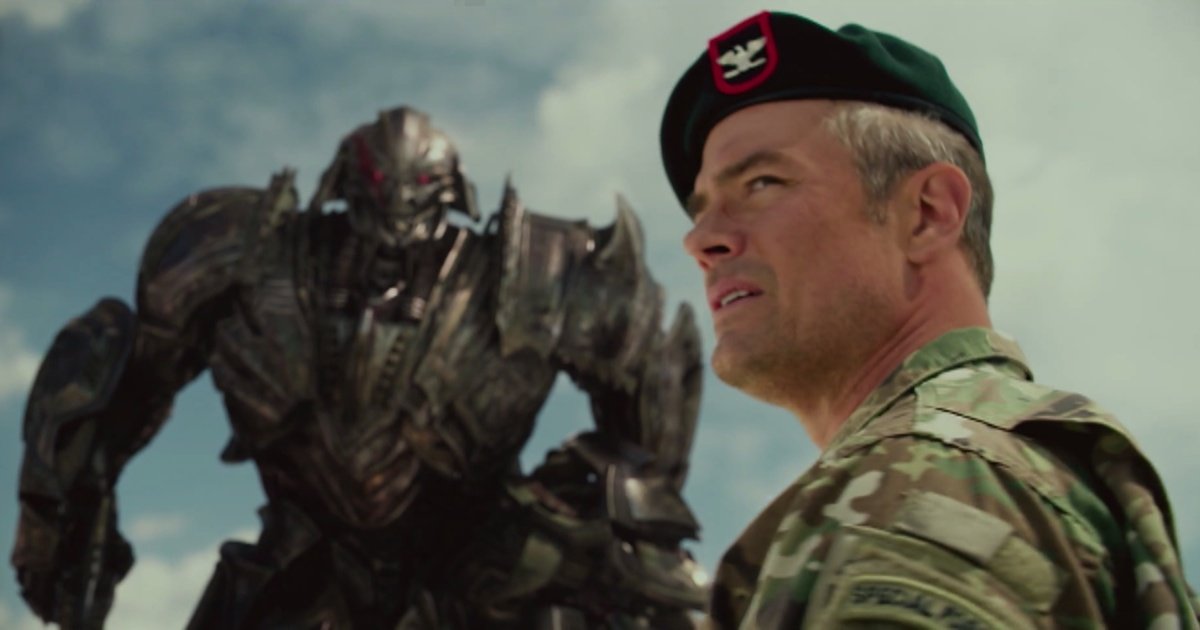 Going back through some documents released by the Army on the Transformers films I noticed that some of the notes weren’t script notes from pre-production, but were production notes from while Transformers: Dark of the Moon was filming.  They show that sometimes the Pentagon continues to rewrite the script while a film is actually being made.

US military sponsorship of the Transformers films has been widely reported, but for some reason no other journalist has actually requested the Pentagon documents relating to these productions.  If they had, they might have noticed that the DOD did not wait for Michael Bay to come to them with his scripts for the films, but that the military were involved throughout the scripting process for four of the five films in the franchise so far.

For example, on Transformers: Dark of the Moon an Army entertainment liaison office report says:

████████  visited Bay Films on 9 MAR 10 and read the Transformers III script. Monday, 22 MAR 10 representatives from all the Services, along with Mr ████ from DoD, met to discuss script notes and revisions. On 23 MAR 10, all Service representatives met with the director, producer, and writer of the film to discuss the possibility of further changes. Michael Bay was very receptive to our notes and expressed his desire for us to “help (him) make it better.” As you know, TF2 was the biggest blockbuster of 2009 (Avatar’s revenue’s split ’09 and ’10) and the TF3 script is showing this “episode” will be no different. It will give us the opportunity to showcase the  bravery and values of our Soldiers and the excellent technology of today’s Army to a global audience, in an apolitical blockbuster.

In effect, the military were co-producers on the film and they even bent the rules, signing a Production Assistance Agreement with the producers before the script was even finished.

While the DOD are only supposed to provide support after reviewing a completed script, on a big-budget recruitment commercial like Transformers, bending the rules actually worked to their benefit.  It meant they could continue having creative input on the dialogue and action while the film was shooting.

The production notes make this clear, showing how they were still having input on dialogue and characterisation during filming, to ensure that the military chain of command was clear and to make the character of General Morshower  – the director of NEST – appear more competent and in command.

Production will revise script to demonstrate that Morshower is competent and in command. He will be briefed on a national and international level, by NORTHCOM re: the entire US. military response and what the other Unified Combatant Commands are doing around the world. Morshower/DOD will paint the strategic context of the military actions to be featured. (Example line: “I understand everyone’s on alert, but who can get there the fastest?” or “What is out there in the region now?” with the response indicating the specific military elements to be featured, e.g., “We have elements of 56th Stryker Brigade entering the city now.”) Production will request assistance for this dialogue from ██████

They also had input on the casting of military extras, with another note saying:

MARINES
– Arrange for use of 30 Marines in the Chicago action sequence.
– Investigate availability of LAVs for the sequence. (E.G., 4 Armored Personnel Carriers — showcased approaching on a flanking movement while the NEST team lands.)
– Production to change casting in sc250 — change ”one male and one female” to “two male”

Exactly what they wanted these two more prominent extras to both be male is not clear.  Perhaps it is because the Marine Corps were not yet fully gender-integrated at this time (summer 2010) or maybe it’s because they figured women don’t go to see Transformers movies so there’s no added recruitment value in having a prominent female military extra.

The notes also contain questions from someone who was clearly involved in developing the script (on the military side, possibly Phil Strub) but whose name and/or rank are redacted.  Some of these questions involve availability of certain vehicles and other military assets, but some ask questions about the plot, for example:

██████ Question: Is it important for Morshower or some other senior officer make a comment that explains why we didn’t do all this earlier? Like Lennox’s infiltration revealed Decepticon vulnerabilities? Or does anyone care at this point?

A fair question, not just about this plot point but about the entire franchise.

DOD Production Notes for Transformers: Dark of the Moon

DOD Production Assistance Agreement for Transformers: Dark of the Moon