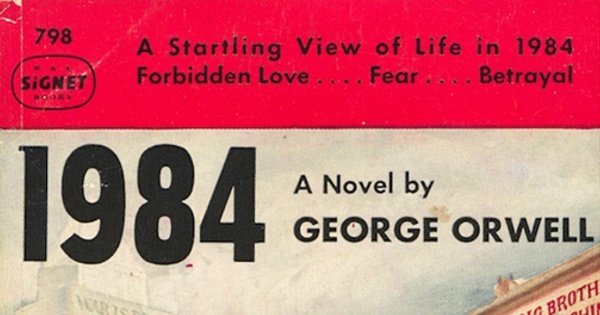 In the absence of documentation on the CIA’s involvement in the film adaptations of his two most famous books – Animal Farm (1954) and 1984 (1956) – we are left with a handful of references to their operations involving his books.  The first comes from the DCI’s diary from December 6th 1951, when Walter Bedell Smith was in charge.  It mentions how giving away free copies of Animal Farm had helped boost the circulation of a CIA-funded newspaper:

The circulation of a CIA-subsidized Vienna paper, DIE PRESSE, has increased over one-third in a single month, at a time when the circulation of other Vienna papers dropped as a result of price increases. This circulation boost is attributable, in part, to the fact that an insert carrying George Orwell’s “Animal Farm” was included with 1 edition of the paper. 5,000 promotional leaflets have been distributed in the Soviet Zone of Austria to try to extend DIE PRESSE circulation into that area.

Three others from the operations known under the umbrella codename AERODYNAMIC, which involved a range of anti-Soviet activities.  One describing CIA plans for the 1959 Vienna Youth Festival includes the distribution of pamphlets featuring quotations from the ‘finer works of western authors devoted to the question of national and individual freedom’, including Orwell.

When the Bolshoi ballet visited New York in 1963, an AERODYNAMIC operations report describes the CIA’s contact with them and their activities in the hotel where they were staying.  After several failed approaches and attempts to give literature to the ballet members and their Soviet handlers, they simply left copies of books, including Orwell’s 1984, in the lobby of the hotel: A third document from the operations series for AERODYNAMIC details a conversation with a young female escapee from the Soviet Union who had fled ‘from a Russian scientific research ship’.  The report is from December 1968 and outlines not just what Zhennya Kudlowska described about her background and her escape, but also the CIA officer’s impressions of her and whether she was being truthful.  For example, the Orwell reference:

Claims to have read many proscribed books but mentioned only Orwell’s Animal Farm by name and that because I was comparing Morez’s treatise to something Orwell might have written. Said that she missed the heated discussions about forbidden subjects – ”It was exciting to talk about dangerous things, never quite sure that you wouldn’t be punished for it.”

You can download the four CIA documents on Orwell’s books here (RAR).