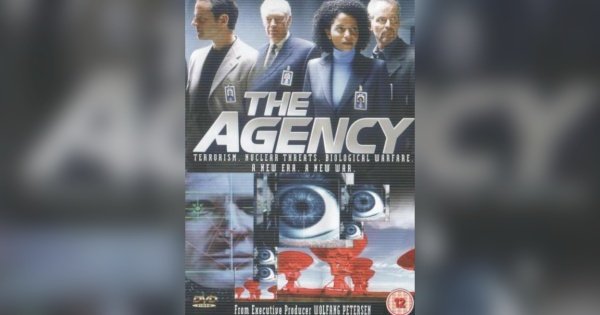 CIA documents on ‘The Agency’

The Agency was a CIA-themed, CIA-assisted TV show that ran for two seasons from late 2001 until 2003.  Unlike its more action-focused contemporaries 24 and Alias, The Agency was more of a drama depicting the inner workings of the Central Intelligence Agency.  It was never particularly popular, lacking the jutting breasts and exploding cars of a truly successful spy series.  However, its pedigree is not in doubt – the CIA’s entertainment liaison Chase Brandon lists the show among his credits on his own website.

However, this information is not contained in the available CIA records on the show.  Indeed, of the four relevant documents available in their FOIA archive only one actually address the show itself.  It is from May 2001, when the show was commissioned for a full season.  The CIA’s internal magazine does explain how the pilot episode for the show was in part filmed at CIA headquarters, using real CIA staff as extras, with the full co-operation of the real Agency.  Several months later, the show’s first proper episode was due to premiere at CIA HQ but then 9/11 happened and the show was delayed for a few weeks and the episodes shuffled around to lessen the impact of its right-on-the-nose story lines.

Meanwhile, the other three CIA documents that refer to The Agency are talking about an earlier production called In the Company of Spies.  It enjoyed a similar degree of co-operation from the CIA as I detailed here, and the existence of three separate articles from the CIA’s internal magazine, all referring to the film as ‘The Agency’ suggest that the made-for-TV movie was originally slated to have that name.  The fact that when it was renamed the CIA’s Public Affairs Office simply took that label off one file and attached it to another that then became the CBS series of 2001 demonstrates the extent to which that later show was a CIA product.