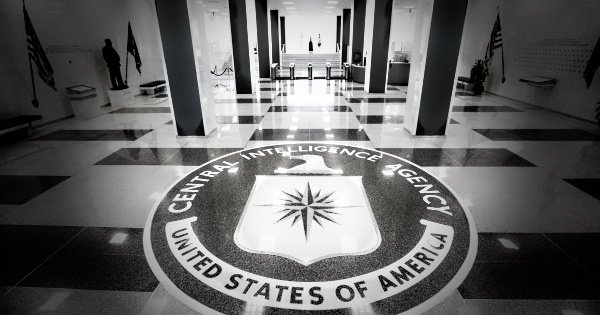 Newly-available emails show that when Claire Danes first visited CIA headquarters, she did so in very low-key fashion after a friendly CIA agent got her in.  This confirms that the Agency have been involved in the production of Homeland since the first season, and shows how even their liaisons with the entertainment industry are sometimes done very quietly.  In this piece I recap Danes’ first trip to Langley and identify the agent who took her there, who has since joined the Council on Foreign Relations.

Claire Danes has given a few interviews where she has mentioned her trip to CIA headquarters:

(1) “There’s a woman Carrie is loosely modeled on and she’s a CIA officer and so I met with her and she took me to Langley and introduced me to some of her colleagues. I met in the hallway the man who was the head of the Pakistani division and had just returned to the U.S. [after the killing of Osama bin Laden] and it was like ‘Wow this really exists.’ They were surprisingly forthcoming.”

(3) PG: Is that why spies end up marrying spies, and actors marry actors?

CD: It’s true. When I spent time at Langley, talking to these CIA spooks, and I say that with affection, they do marry each other. Actors, too. We’re itinerants, traveling all the time. We work long, erratic hours. It’s hard to communicate with people who don’t understand.

The agent Carrie is talking about is probably Carol Rollie Flynn, a retired CIA officer who is now an adjunct professor in Security Studies at Georgetown and the Managing Principal of Singa Consulting, a security consultancy firm.  I say she is the mysterious agent that Carrie is based on for several reasons:

1. The name ‘Carrie’ is an amalgamation of the first and last syllables of the first two parts of Flynn’s name – Carrol Rollie. 3. Flynn’s career with the CIA lasted nearly 30 years and she became very senior, serving as Director of CIA’s Leadership Academy, Director of the Office of Foreign Intelligence Relationships, Executive Director of the CIA Counterterrorism Center, Chief of Station in Southeast Asia and Latin America, and a Clandestine Operations Officer in Africa and Southeast Asia.  Carrie has held several of these positions in the series.

4. Flynn was part of a joint promotional event by Sheraton hotels and Showtime where she was one of three possible ‘spies’ who mingled with the guests and then the guests has to guess which one was the real spy.

Exactly who Flynn was representing here – the hotel chain, Showtime and Homeland and/or the CIA, is not clear.  It was certainly an imaginative and unusual promo event – the tie in was that Sheraton hotel guests could get advance episodes of the show on-demand in their rooms.

Claire Danes visits Langley (as does a Homeland producer)

In July 2011 Alex Gansa’s assistant reached out to the CIA asking that Meredith Stiehm, a producer and writer on the early seasons of Homeland, be granted a tour of Langley.  The show did not début until October of that year but as the email to the CIA mentions:

The show stars Claire Danes as a CIA Case Officer, and as you mentioned, I believe Claire took a tour a few months ago.

Other emails confirm that Danes had visited Langley in December 2010 – while the first season of Homeland was still in pre-production.  This illustrates how the Agency has been involved in the series from a very early stage.  The emails also emphasise how her visit was hush-hush, with one message from George Little (then Director of Public Affairs) saying:

We will do NO press on this since it’s low profile.

Little’s email also suggested that Claire Danes meet with the Deputy Director of the CIA – but only because the Director wasn’t available.  Is this about Agency bigwigs schmoozing with celebrities or something more insidious?  After all Danes is now a producer on Homeland, which continues to consult with people inside the political and intelligence communities and continues to employ ripped-from-the-headlines plots and characters.

The emails do appear to confirm Danes’ account that it was a CIA officer who got her in, though the name is redacted so we cannot be sure if it was Carol Rollie Flynn.  It may be significant that December 2011 is when Flynn retired from the CIA, though I’m not sure when she joined the Council on Foreign Relations.