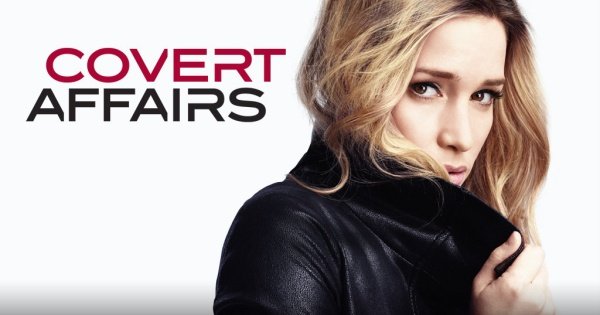 ‘All my projects are merging’ – CIA emails on Covert Affairs

Covert Affairs was a not particularly original spy series telling the tale of an attractive young woman who is thrust into the world of CIA black operations.  It lasted for five seasons, mostly because it starred Piper Perabo and people like Piper Perabo.  Perabo’s character Annie Walker is loosely based on real life ex-CIA officer Valerie Plame, Perabo visited Langley, and recently released CIA emails show that the series had assistance from the Agency themselves.

Covert Affairs was listed in the 2012 Office of the Inspector General’s Report on the CIA’s Engagement with the Entertainment Industry.  The less-redacted version obtained by Vice lists 7 projects that the CIA supported that were examined in detail by the OIG – Argo, Zero Dark Thirty, Top Chef, The Devil’s Light, Air America: The CIA’s Secret Airline, The Secret War on Terror and Covert Affairs.

What we do know is that Plame was a technical advisor on Covert Affairs (at least in the very early stages) and that the main consultant on the show is Robert Grenier, a very senior former CIA officer.  Grenier was the Islamabad station chief in Pakistan in late 2001 when NATO invaded and went on to become director of the Counterterrorist Center before being fired by Porter Goss.  He went on to become Managing Director of Kroll, Inc. and also testified in the trial of Scooter Libby in relation to the leaking of Plame’s name.

The CIA emails on Covert Affairs

The only direct assistance the CIA gave to the series that is recorded in the emails was allowing them to film a drive by the CIA sign on route 123. The location manager who contacted the CIA for Covert Affairs was Peggy Pridemore who also worked on Argo, Burn After Reading, Safe House, Fair Game, Get Smart and Rendition.  As one of the CIA’s Public Affairs officers noted:

Peggy (location manager for Argo) is also managing a DC shoot for Covert Affairs.  It seems all my projects are merging.  I will get in touch with security about this and make sure everything is approved.

Presumably this was not just a reference to the same location manager being on the two projects, but a result of the CIA-friendly clique in Hollywood whereby the same people turn up time and again working with the CIA or with the same ex-CIA consultants.  Covert Affairs‘ consultant was Valerie Plame, who also worked on the film Fair Game and Person of Interest.  The series was produced by Doug Liman, a director/producer on the Bourne films and Fair Game.  It was Liman’s contacts that got Piper Perabo into Langley:

Perabo: Oh, that’s interesting. Yes, Doug Liman, our executive producer, was in the middle of editing Fair Game when I got cast in the pilot, which is the story of Valerie Plame Wilson, so I knew he had contacts down at Langley. And I asked him if he could get me an introduction so that I could go there and see what it’s really like and talk to real people who do this for a living. So he did, and this sort of shows my naiveté, but I brought a notebook with me so I could take notes. I had a lot of questions that I wanted to ask.

When I got there they told me, of course, you can’t bring a notebook into the CIA. … number one is … take notes in the secret agency. I said, “Oh, okay when we get inside could I have some paper and a pen?” And the agent who was taking me around said, “Sure, but you have to leave it inside when you leave.” Of course you can’t take notes out of the CIA either. I said, “Well, how am I supposed to keep all this information?” He said, “You have to be like a spy and remember it.” It was interesting that before I even got inside you can feel how tight and secret the whole world is. It was an amazing day. It started there and it was incredible.

It is likely that this wasn’t the only assistance given to Covert Affairs but that these are the only records that remain.  The OIG’s report says that of the 8 projects they looked at in detail in 3 cases the ELO had no records whatsoever of their involvement and engagement in the project.  The other 5 provided ‘only limited’ records.  As such this may well only be the tip of the iceberg with regards CIA involvement in Covert Affairs.