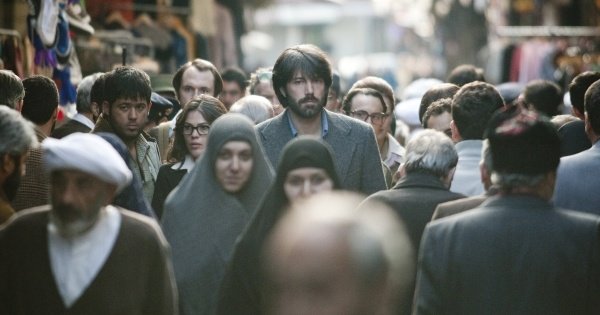 Argo, the recent Oscar-winning film directed by and starring Ben Affleck tells the story of the 1979-80 Canadian Caper used to exfiltrate 6 US diplomats from revolutionary Iran.  When student revolutionaries took control of the US embassy in Tehran in early November 1979 all the diplomats (and spies) they found there were taken hostage.  Many were held for 444 days, not released until the covert deal was struck that helped Reagan get elected over Carter.   However, 6 people working for the US State Dept. fled the embassy compound as the radicals arrived, managing to escape to hide in the Tehran houses of friendly diplomats, including the Canadian ambassador to Iran Ken Taylor.

The CIA’s Tony Mendez (the same one whose book was considered for adaptation by CIA-friendly Survivor producer Craig Piligian) came up with a plan to invent a Hollywood production company, pretend the 6 were members of a Canadian film crew that had landed in Iran for a few days to scout locations for a make-believe film.  He enlisted the help of a few friendly Hollywood types, set up an office and obtained a sci-fi script with a Middle Eastern setting.  They called the made up film project Argo, in part inspired by a crude joke that is repeatedly made in the 2012 Affleck film version of the story.

The mission was a success, and in January 1980 Mendez, his CIA accomplice ‘Julio’ and the 6 embassy officers got through the airport and out of Iran on a SwissAir flight to Zurich.  However, the film adaptation is far from accurate.  According to the CIA’s own internal history of the operation, written by Mendez, does not mention anything about the group being confronted in a Tehran bazaar while pretending to scout it as a shooting location.  In particular the climactic sequence in the airport, in particular the ludicrous section where Revolutionary Guards chase the SwissAir plane down the runway, bear no relation to the version told by Mendez.  The film has been heavily criticised for its inaccuracy, notably by Ken Taylor himself, who is portrayed in the film in a very minor and ineffective role.  Taylor also pointed out in an interview that he was in Toronto on the night that the film premiered, but he was not invited.