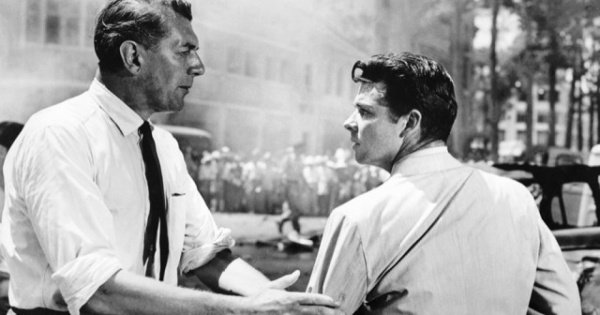 The CIA and Hollywood 08 – The Quiet American

In this first episode of the new season Pearse and I discuss the 1958 spy drama The Quiet American, adapted from the novel by Graham Greene.  We focus in on the role of Air Force and CIA officer Ed Lansdale’s relationship with the film-maker Joseph Mankiewicz, and how the CIA were involved in assisting Mankiewicz the first major American movie to be filmed in Vietnam.  Mankiewicz met Lansdale in Vietnam while doing research for the movie and, apparently unaware that Lansdale is one of the inspirations for the Pyle character in the original book, befriended him.  Lansdale later reviewed the script and wrote to Mankiewicz encouraging the changes he had made to the storyline and characters.

Another angle is Graham Greene’s transition from an MI6 agent in World War 2 to an anti-establishment author who was spied by the FBI for supposed Communist affiliations.  We look at how his original novel of The Quiet American was an excellent critique of post-WW2 American imperialism, secret warfare and so-called ‘humanitarian interventions’, which was butchered in the Hollywood version.  In particular the character of Pyle is turned from a bookish, virginal ‘war nerd’ into the charming all-American version played by real-life war hero Audie Murphy.  Likewise, while the original book has Fowler’s worst suspicions about Pyle being proven right (Pyle is sponsoring terrorism), the film changes this so Fowler is fooled by the Communists into betraying Pyle.

We round off this episode by briefly discussing the far superior (and not state-sponsored) 2002 film version directed by Philip Noyce and starring Michael Caine and Brendan Fraser.  This version is not only better written, acted and directed but is also, crucially, a faithful adaptation of the original book.