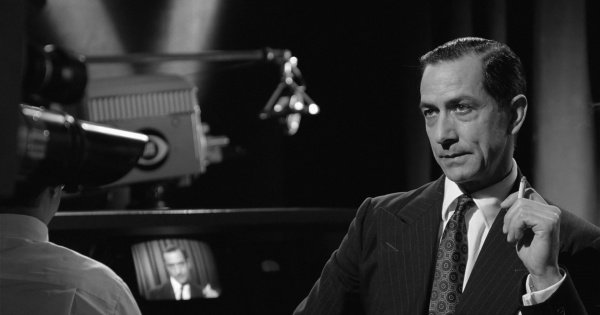 The CIA and Hollywood 09 – Good Night, and Good Luck

We welcome Ed Opperman to the series and discuss the 2005 docudrama Good Night, and Good Luck which retells the story of the 1954 confrontation between senator Joe McCarthy and television journalist Ed Murrow of CBS.  McCarthy was pursuing Communists within the State Department and other government agencies and innocent people were getting caught in the crossfire, creating a climate of suspicion, mistrust and hostility.  Murrow used his prime time series See It Now to attack McCarthy and the culture and mentality of McCarthyism, showing the senator to be a hypocrite who persecuted his targets.

This is the story that is told in Good Night, and Good Luck, a film born out of the creative relationship between George Clooney and Grant Heslov.  In this episode we take a sideways look at the historical events and ask why Clooney and Heslov chose to lionise not just Murrow but the whole See it Now/CBS crew.  We try to persuade Ed of an alternative interpretation of events, with Murrow not quite being the heroic counter-establishment figure he is in the film and CBS being a rotten media organisation with deep ties to the CIA.  We then explore how almost everyone involved in Good Night, and Good Luck had either already made a film with CIA assistance, or went on to do so.  We round off talking about Clooney’s bizarre Las Vegas connection, E Michael Burke, George Steinbrenner and (inevitably) Donald Trump.

The CIA and the Media (Carl Bernstein)