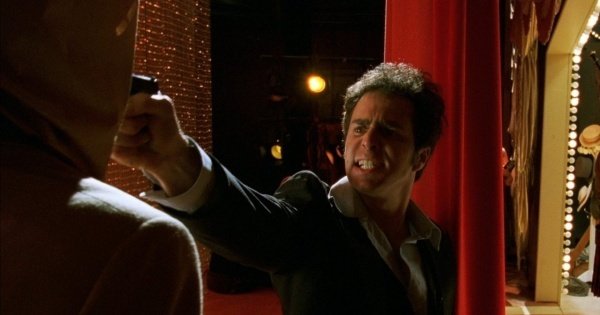 The CIA and Hollywood 10 – Confessions of a Dangerous Mind

Aaron Franz joins us to discuss the 2002 biopic Confessions of a Dangerous Mind, which tells the story of game show producer and host Chuck Barris.  Barris claims that while becoming a TV star he was recruited by and worked for the CIA as an assassin, killing a total of 33 people.  In this episode we analyse this claim, which has been dismissed by the Agency as a ludicrous fantasy.  We examine Barris’ true life history,  focusing in on his marriage to Lyn Levy – the daughter of one of the founders of CBS – and his incredibly selfish relationship with their daughter Della.  None of this appears in the film so taking this into account we consider whether Barris was a CIA assassin, a psychopathic fabricator or an emotionally warped narcissist (or all of these things rolled into one).  If Barris truly was a CIA agent then what was his job?  Was he an assassin, or did they employ him to ‘slay the audience’ by developing the prototypes for reality TV?

Confessions of a Dangerous Mind is also notable for being George Clooney’s directorial debut, and a production that languished in development hell for years before he became involved and began pulling strings to ensure the film got made.  We consider whether the movie was one of Clooney’s attempts to gain the attention and approval of the CIA, and whether he too thought that Barris’ TV career was the real mission for the Agency.  We examine Clooney’s self-appointed role as Chuck’s ‘defence lawyer’, his obsession with goats and why he employed theatrical visual tricks throughout the production.  We round off comparing Confessions of a Dangerous Mind to The Recruit, as both films show The Farm (the CIA’s semi-secret agent training facility) and portray the protagonist being inducted and initiated into that covert world.

Confessions of a Dangerous Mind (film)

Confessions of a Dangerous Mind (book)

Chuck Barris: Is is True?

Chuck Barris ‘My Life on the Edge’