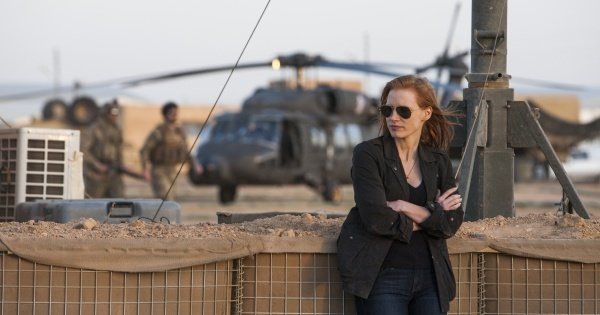 Robbie Martin is our final guest for this season as we dissect the 2012 docudrama Zero Dark Thirty. We discussed the difficulty in defining what kind of film this is – somewhere between a spy thriller, a documentary and a dry European art house movie. We get into the well-documented CIA support for the film and ask why this is the only major movie about the Abbottabad raid to get ‘Bin Laden’ and why it wasn’t particularly successful. Was the film meant to serve as a substitute for any real evidence of what happened in Abbottabad in 2011? Did the filmmakers even care whether what they were portraying was true or were they blinded by the excitement of the special access they were granted?

After summarising the role of senior CIA and DOD intelligence officer Michael Vickers (who is portrayed in Charlie Wilson’s War) we discuss why so many CIA agents are portrayed in movies and TV. The conversation then zeroes in on ‘Maya’ – based on the real life CIA officer Alfreda Frances Bikowsky, who was critically involved in the 9/11 intelligence breakdown and the post-9/11 torture program. Getting back to the film we talk about the raid sequence itself which is very dry and realistic but we never actually see Bin Laden. We conclude that Zero Dark Thirty is like a rorschach test where you can bring your own expectations and prejudices to your experience of watching the movie. We round off talking about the portrayal of torture in the film and ask whether the controversies around the film were created as a smokescreen to avoid people asking the question: was it really Bin Laden?

Who is Richard Blee (podcast)