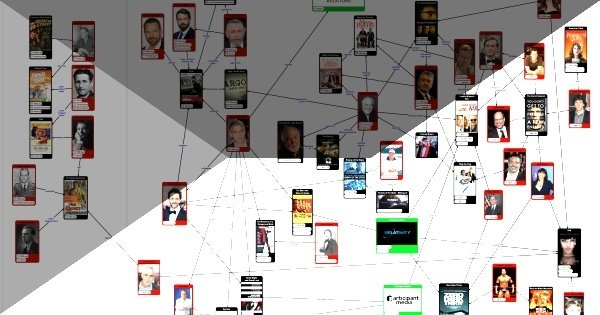 The CIA and Hollywood – Season 2 Linkchart

We will begin releasing season 2 of The CIA and Hollywood this weekend, and to give you a taste of what’s to come we have produced a linkchart combining data and connections from both season 1 and the forthcoming season 2.  New additions include The Rock, Angelina Jolie and former Sony executive Amy Pascal, along with self-confessed (though officially denied) CIA agent Chuck Barris.  Much of this season’s material links up with the people and organisations we discussed in season one, including the two production companies Participant Media and Relativity Media.

As with the previous linkchart, embedded in the pdf are links to various resources – interviews, documents, making of featurettes and other sources of information for those who want to know more about the relationship between the CIA and Hollywood, and of course where Pearse and I get the information we use.  The 8 films we examine in this second season are: The Quiet American (1958), Good Night, and Good Luck (2005), Confessions of a Dangerous Mind (2002), Men who Stare at Goats (2009), American Ultra (2015), Race to Witch Mountain (2009), Zero Dark Thirty (2012) and Salt (2010).

The linkchart is available as a high-resolution PNG file or as an even higher-resolution PDF, which has the source links embedded within it. 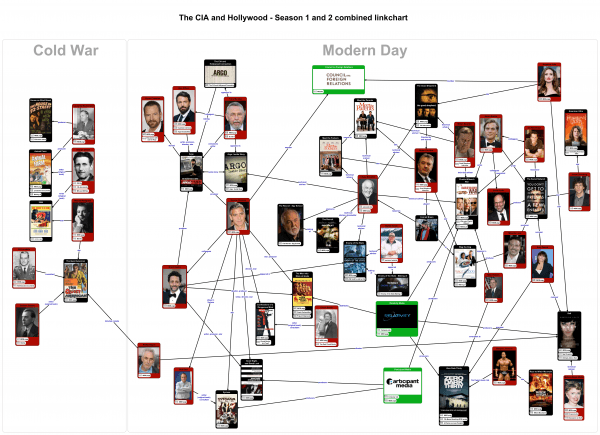