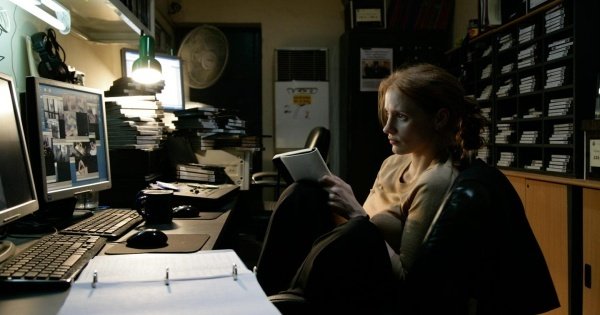 We already knew that the CIA’s Office of Public Affairs was integrally involved in the production of Zero Dark Thirty, the Boal and Bigelow retelling of the ‘Bin Laden raid’.  A newly released memo details that during several conference calls with screenwriter Mark Boal in October-December 2011 he ‘verbally shared’ the screenplay with the CIA and they then requested changes or reiterated their public position on the scenes and situations portrayed.

Some scenes were simply removed – such as a drunken CIA officer firing an AK-47 into the air at a party – while others were altered, for example the protagonist ‘Maya’ was originally written as taking part in the torture that makes up most of the first third of the movie but Boal changed this at the CIA’s request.  The use of dogs as part of the torture was also removed, though of course the scene where a ‘terror suspect’ is stripped naked and made to wear a collar and be led about on a leash remained.

Perhaps the most amusing element to this newly-released document is the robo-scanned txt version supplied by Gawker that translates ‘Al Qaeda’ as ‘al-C1a’ida’.  No kidding.