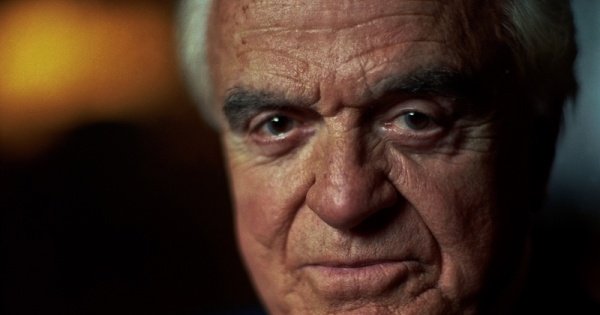 Recently released documents on former White House consultant and MPAA capo Jack Valenti strongly suggest that his appointment as president of the MPAA in some way involved the CIA.  The new documents on Valenti come from the CIA and the State Department.  Though they are tiny fragments in themselves the details they do contain are eye-opening.  Valenti was a State Department consultant with a Top Secret clearance in the early months of taking over at the MPAA.  At the same time the CIA were interested in Valenti ‘in connection with certain sensitive matters’.

The State Department Document on Valenti

Released to The Black Vault under FOIA, the only State Department record on Valenti that they were willing to provide is a 2-page FBI airtel relating to investigations into Valenti done by the State Department’s Office of Security.  This airtel does not appear in the FBI release on Valenti.  It says:

The  files of the Office of Security (SY) Department of State, reviewed by Special Agent (redacted) on October 11, 1974, disclose that on 5/5/66 the appointee was under consideration for appointment as a Consultant to the Secretary of State; SY in May 1966 reviewed his personnel and security files at the White House and utilized a previous full field investigation by the Federal Bureau of Investigation.

It was announced in April 1966 that Valenti would be leaving his White House position to take up the vacant job as head of the MPAA, so why was he simultaneously being granted a Top Secret security clearance?  Valenti began his new job in June so he was a consultant to the State Department in the early months of his new job at the MPAA.

The CIA Document on Valenti

While this was going on the CIA’s Office of Personnel Security sent a memo to Marvin Watson, a special assistant to President Johnson.  They requested a copy of the FBI’s investigation of Valenti (complete with rumours that he was secretly homosexual and a pervert) on the grounds that:

Subject is of interest to this Division.  He is not being considered for staff employment but rather is of interest in connection with certain sensitive matters in which the Agency is involved.

Naturally, this could mean anything.  But the date is significant – after Valenti’s new job at the MPAA had been announced but before he took up the role.  This cannot be related to his role at the State Department because they had reviewed the FBI’s investigation for themselves.  Given that Valenti’s predecessor Eric Johnston was some kind of CIA asset, was this CIA request made because Valenti was being considered for recruitment by the Agency?  Was this because CIA director Richard Helms planned to approach Valenti, as he subsequently did?  Did they want dirt on Valenti for possible blackmail purposes?

While not conclusive, these new documents add yet more weight to the contention that Valenti was not just friendly to the government but was an active CIA asset in Hollywood.