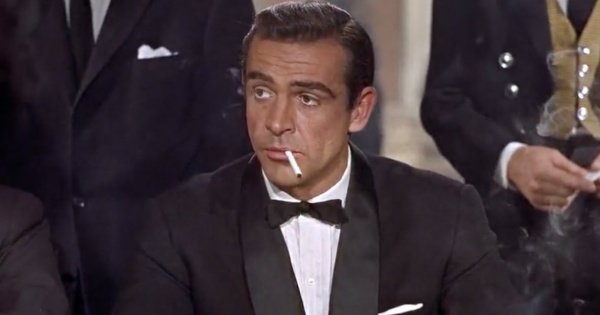 The CIA has had an interest in James Bond almost since its inception as a series of novels in the 1950s.  The books were probably the first spy fiction to refer to the CIA by name and to depict them through the character of Felix Leiter.  This led to a friendship between Ian Fleming and CIA bigwig Allen Dulles, who not only discussed with Fleming how the CIA were portrayed in the Bond novels but also sourced ideas from the books.  The CIA has released relatively few internal documents about the Bond books and films but they do have a considerable number of open source records that shed light on their interest in the franchise.

I searched through the CIA’s CREST database looking for records mentioning James Bond or his code-moniker 007 and came across dozens of entries.  As part of a large scale FOIA request that I ended up having to pay for I obtained a large cache of historical CIA documents including the open source records on James Bond.  They are primarily copies of media coverage where the phrase ‘James Bond’ or ‘007’ appears and as such very few of them are actually concerned with the films or books themselves.

Instead they are articles where James Bond is used as a reference point or metaphor for real life spy dramas.  I monitor the term ‘James Bond’ via google alerts and the articles I get are somewhat more about the films, particularly in recent years given the endless speculation about who is going to replace Daniel Craig, but there are still plenty of pieces that use Bond as a pop cultural artefact – something everyone knows, a shorthand for the world of espionage.

The CIA’s open source records run from c.1964-1980 and the sources are everything from local and national newspapers to Playboy magazine.  Good to know that in the glory days of Playboy the Agency were keeping tabs on what they were saying.  As a result you could say this is the CIA’s own clip file, like that maintained by media organisations, but on a fictional spy.  Only the CIA would even think to do such a thing (with the possible exception of MI5/MI6).

A more in-depth look at this file is coming via ClandesTime but a few highlights are worth drawing out here.  Some of the records are completely irrelevant and have nothing to do with the CIA, they are literally only included because they mention the world’s most famous spy.  The most amusing of these is a story about Sean Connery directing a play titled ‘007 to Direct Broadway Play’.  From the handwritten notes it seems the CIA were somewhat interested in the play itself – The Secret of the World by Ted Allen – but I cannot find out much about this play so I do not know why the Agency wanted to know about it.

Other stories concern the CIA directly and how they were represented in the media.  One entry describes strange “leaks” which ‘could not have done more to more to undermine faith in the CIA if they had been designed for that purpose’ under the title ‘Even 007 May Goof Occasionally’. Another article titled ‘CIA Doesn’t Want James Bond Types’ is about students protesting at a CIA recruitment table at a university  and is an early example of what is now commonplace – using James Bond as ‘just fiction’ and contrasting him with real life spies.  The TV series Spooks is frequently used in the exact same way, including in interviews with current and former MI5 agents. Directly contradicting this are others records from the late 70s after the CIA had undergone serious public criticism from government investigations like the Church Committee.  When Stansfield Turner was appointed Carter’s director of the CIA stories began appearing talking about him cleaning up the Agency and putting their dirty past behind them (ha! if only).  One titled ‘Good Bye James Bond’ hammers this home and was likely a story encouraged or even created by the CIA themselves to try to mark a ‘new era’ under Turner. Other records compare British double agent Kim Philby to Bond, showing the degree of doublethink and doublespeak around the James Bond meme.  It was simultaneously used in contrast to the real-life CIA but in comparison to MI6, and then later became a metaphor for the CIA’s grisly past that they were – publicly, but not in reality – trying to put behind them.  Various other articles about the ‘Real James Bond’ or the ‘American James Bond’ also highlight the bizarre contradictions around this meme.

My personal favourite entry is from a 1965 edition of Insider’s Newsletter where some clever satirist posted a Help Wanted notice asking for novelists to help the CIA in their propaganda efforts and saying to ‘APPLY BOX 007, Langley, VA’.  It notes how the British and the Soviets were making great headway using spy fiction as propaganda and that the CIA were desperate to catch up, which isn’t entirely satirical. I will soon be devoting an episode of ClandesTime to the relationship between the CIA and James Bond where I will go into this file more closely.