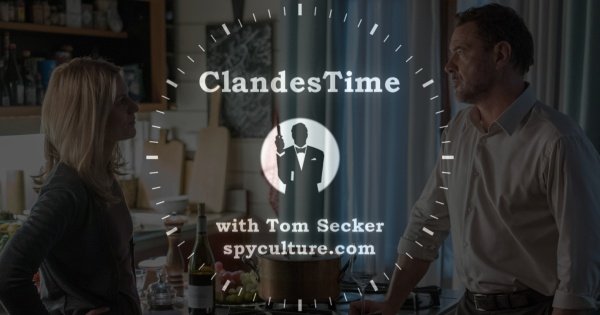 This review of the finale of Homeland discusses not just the final episode but the entire season. We reflect on what is new and different about this fifth season, from the religious dimensions being crow-barred into the show to the use of Russians as the enemy image and hackers as second-level terrorists. We examine the storyline of the recruitment of the Laura Poitras character by the BND, both drawing a parallel with the real life person and identifying this as a metaphor for Homeland as a state-sponsored show. We dwell on whether the CIA staff actually hate Laura Poitras, unaware that she may be an asset of some section of the Agency.

As the conversation progresses, we outline the idea that Homeland is an experiment to see how far they can make people doubt their own perceptions of not just the show itself but also the geopolitical realities it sometimes portrays. We explore the idea that Homeland is designed to assault the audience’s confidence in their own perceptions. We wrap up looking at Homeland’s obsession with predicting or commenting on current events, often events that happen during the production or broadcasting of the show. We outline Alex Gansa’s recent admissions that the major creative players in the show – including Claire Danes and Mandy Patinkin – attended four days of meetings at a private club in Georgetown. The meetings were arranged by former CIA deputy director John MacGaffin – the main consultant on Homeland – and involved currently serving CIA officers, State Department officials and White House staffers.

Alex Gansa on Homeland and Responding to Real Life Terrorism

Why fiction mirrored grim reality on Homeland this season

Homeland is not a series – The Intercept