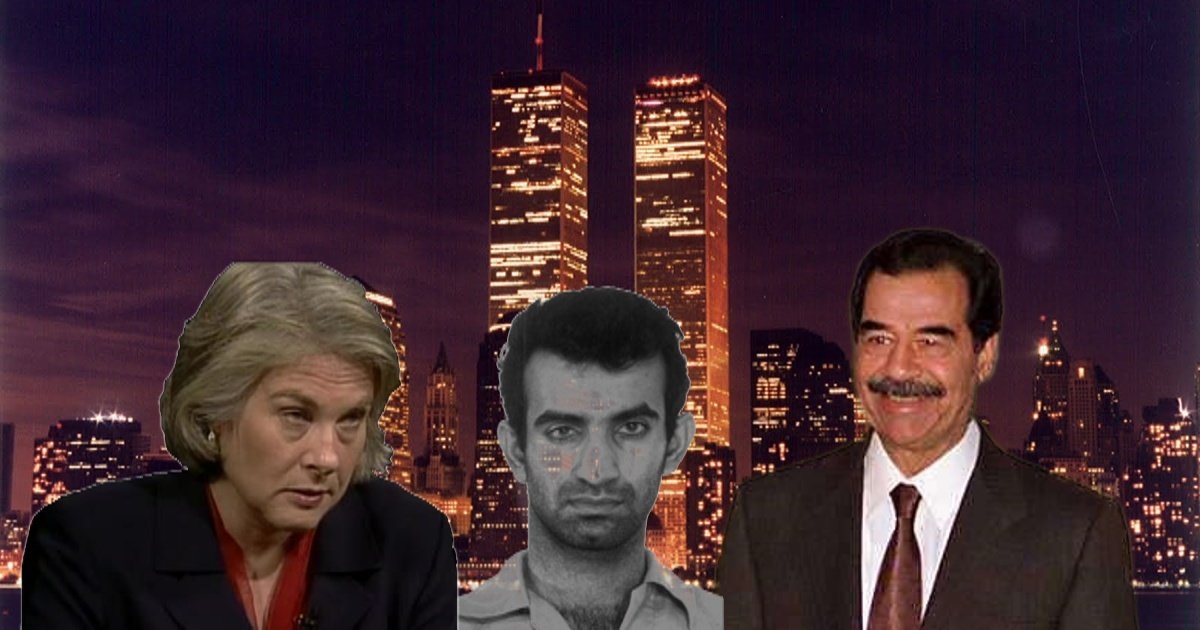 In this special bonus episode of ClandesTime we look at the theory that World Trade Center bomber Ramzi Yousef was an agent of Iraqi intelligence. This theory, put forward by neoconservative analyst Laurie Mylroie, contributed to the false idea that Al Qaeda and Saddam Hussein’s government were working together. But is there any truth to it?

First things first, who is Laurie Mylroie? She is a political analyst who had worked for Bill Clinton but became very popular with the neocons in the second Bush White House. In 2005 she was paid $75,000 to write a history of Al Qaeda for the Pentagon. Despite holding a PhD in Political Science from Harvard, she is the inventor of one of the most ludicrous conspiracy theories I’ve ever heard.

Mylroie claims that the World Trade Center bomber Ramzi Yousef is not the Kuwaiti-born Pakistani Abdul Karim that almost everyone else thinks he is. Instead, she argues, Karim was killed by the Iraqi army during their invasion of Kuwait and replaced by an Iraqi intelligence agent. Therefore Saddam Hussein was secretly behind the 1993 bombing and other Al Qaeda attacks.

She first made this argument in an article in The National Interest in the 1990s, and then in her book in 2000: Study of Revenge: Saddam Hussein’s Unfinished War Against America. She was also called to testify before the 9/11 Commission. Mylroie points out that when Yousef went to the Pakistani embassy in New York in December 1992 he took along photocopies of 1984 and 1988 passports belonging to Abdul Karim. Yousef claimed to have lost his passport and needed a new one, which they gave him. It was this passport that he used to flee the US on the evening of the World Trade Center bombing. Mylroie notes discrepancies in the signatures and addresses in the two passports, suggesting they were digitally altered by Iraqi intelligence.

But this makes no sense. Firstly, it would not be difficult for Iraqi intelligence to forge or acquire a fake Pakistani passport. You can buy them for a few hundred dollars on the streets of Karachi. Second, why would Iraqi intelligence send Yousef to the US (to bomb the WTC) with no exit plan except some digitally manipulated photocopies of passports belonging to someone else? Why not just send him with two fake passports?

Mylroie also argues that Ramzi Yousef, currently in a Supermax prison, is several inches taller than Abdul Karim, who studied electrical engineering in Wales. She interviewed two of his teachers, who remember him being 5’6’’ or 5’8’’, whereas Yousef is 6’ tall. The problem with this is that several of Karim’s friends from his school days in Kuwait also knew him after Mylroie says he was killed and replaced by Ramzi Yousef. Two of them – Eyad Ismoil and Hakim Murad – were convicted alongside him. Another – Istaique Parker – was the person who gave Ramzi up to the authorities. If the man they had known for a long time suddenly turned up, with a different face and several inches taller, why would they trust him? Why would they believe he was who he said he was? And why wouldn’t Yousef, who is now locked up in prison for the rest of his life, not admit he was an Iraqi spy, cooperate with the authorities and get a reduction in his sentence or better conditions? He’s been in solitary confinement, not even allowed to watch TV or read newspapers, for 20 years. He hasn’t got a lot to lose.

Also, why would Iraq do it? Why bother creating an implausible legend based on inconsistent documents and use an agent who was several inches taller than the man he was pretending to be? If this was spycraft, then it was extremely poor and risky spycraft.

Finally, the most powerful evidence against Mylroie’s theory surfaced during the Iraq war. Ironically, a war that Mylroie’s horseshit helped to start revealed evidence that her theory is simply wrong. After the invasion the US military seized huge numbers of Iraqi government files, many of which were published alongside two studies of the files several years later. One is a recording and a transcript of a secret meeting between Saddam and his senior ministers where they discussed the WTC bombing. There was no mention of Yousef. They did talk about one of the conspirators, Abdul Yasin, had fled to Iraq after the bombing and was now being held in prison. Saddam expressed how important it was he remain alive, so he could be used as a bargaining chip with the Americans. He also talked about how it was possible that the American, Israeli or Saudi governments were really behind the bombing. This was an explicit, top secret conversation but there isn’t even a hint of Iraqi culpability or anything supporting Mylroie’s claims.