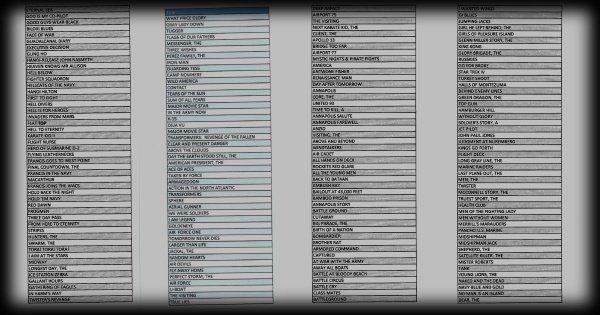 Shortly after WW2 the US Department of Defense began formally involving themselves in Hollywood.  Since then they have been involved in hundreds of productions but until now we didn’t know exactly how many, or precisely which films did or did not bear the touch of the DOD.  Last week I filed a FOIA request with the DOD for a full list of all films they’ve been involved in the production of from their inception up until the present day.

To my surprise, they responded in only a few days with just such a list.  It is not in alphabetical or chronological order and I suspect it is not actually complete (there is no mention of Zero Dark Thirty, for example) but nonetheless this is as comprehensive a list as has been obtained so far.  You can download the document here (PDF 1.7MB). 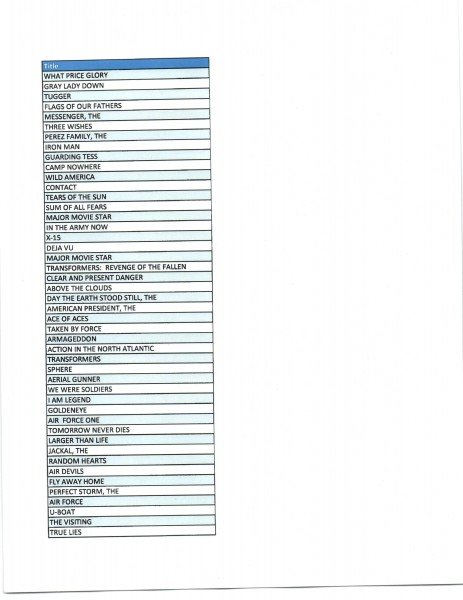 Update October 2017:  Looking back, this document only hinted at what was to come.  We have now compiled a list of over 800 movies that were supported and influenced by the DOD, well beyond any previous estimates.