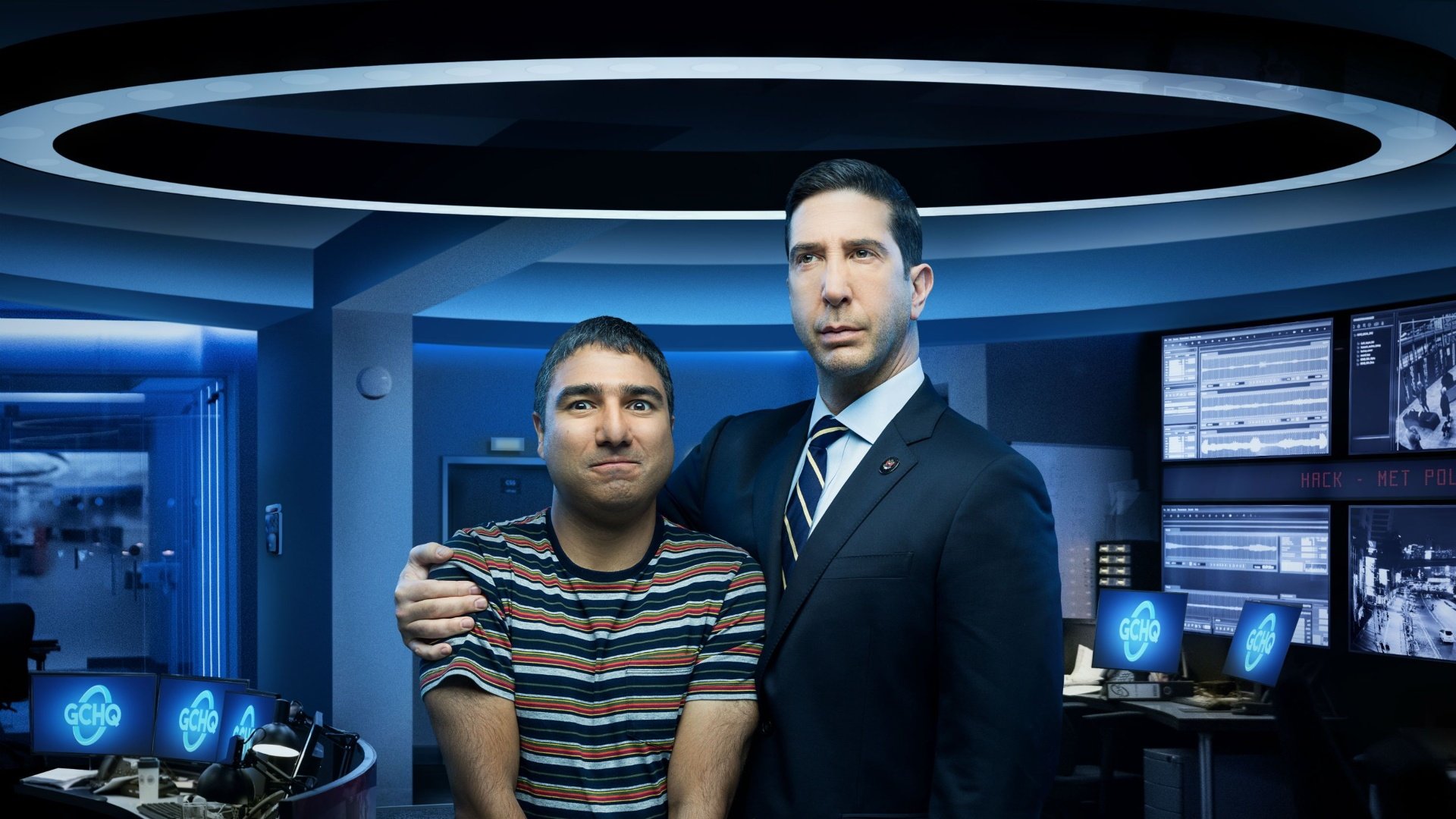 Former Friends star David Schwimmer has been giving a lot of interviews recently to promote his new Sky TV series Intelligence, set in the headquarters of the British mass surveillance agency GCHQ.  After confessing that both the NSA and GCHQ had been ‘in touch’ with him and creator/co-star Nick Mohammed Schwimmer also made clear that their aim is to make GCHQ look good and that he wants real life spies to ‘love’ the show.

The new show sounds godawful, and is relying on the ‘wow, Ross from Friends is back?’ factor to try to get people to watch it.  I have illegally downloaded the first two episodes from Putlocker but I am not exactly clamouring at the edge of my seat for this one.  Basically, Schwimmer plays an NSA officer who is a jerk and he’s sent to the UK as some sort of liaison with GCHQ, and hilarity doesn’t ensue.  Despite boasting an embarrassingly low 5.7/10 score from IMDB users it has already been recommissioned for a second season.  Clearly someone at Sky desperately wants some good PR for British SIGINT.

A few weeks ago Schwimmer and Mohammed mentioned in an interview how both the NSA and GCHQ had been in touch as soon as they heard about the project:

Nick: GCHQ phoned, in a very friendly way, just saying they’re interested in the show and, ‘How can we help you in any way?’ Obviously, there’s an element of, ‘We just want to know how we’re being portrayed,’ but we sat down with a representative from GCHQ and they were really wonderful, actually.

We were hoping to visit but we couldn’t in the end because of various security things, but it was so fascinating talking to them about the reality of what they’re doing.

The national security thing is obviously a really great backdrop for a sitcom because you can have high stakes set against, “It’s Elaine’s birthday. Do you mind signing this card?” kind of thing.

That’s the base note of the show, really. All that human side is still ongoing despite the high-level stuff these people are having to deal with on a daily basis.

Obviously we don’t want to dwell on things like atrocities because it’s a comedy. Without it ever getting too bleak or dark, we just try and find the lighter moments within that. We do occasionally reference real or semi-real events and crises, but it’s played in the background quite a lot. The humour comes from the social interactions of these people.

That’s right, they don’t want to dwell on things like atrocities because the purpose is to make GCHQ look good, not look bad.  This was confirmed in other recent interviews, such as when the pair were asked about GCHQ’s influence on the show and Schwimmer explained:

We really hope they love the show because we are fans of GCHQ and we want to celebrate them in the show.

While his character is fairly inept and mine is fairly reckless, it’s pretty clear that everyone else is really capable at their job. and that they are doing good work, hard work and necessary work and it is very successful.

While we are the screw ups of the bunch everyone else is pretty much on top of their game.

In another interview he elaborated:

We always want GCHQ to come off as competent and credible. At the same time, you have these very flawed characters and individuals who do make mistakes.

You want to get a sense that as flawed as the individuals are, the institution is very together and on top of their game.

Mohammed and Schwimmer admitted there were things they learned from GCHQ – such as that they have a choir and a stage ‘Military Mondays’ when everyone with a military rank has to wear a full uniform – that they didn’t put in the show because they felt that people wouldn’t believe it and think they’d just made it up for laughs.  Personally, I think they were being optimistic that anyone except state-sponsored culture obsessives (like me) and women who fancy David Schwimmer would be watching the show, let alone assessing its realism.