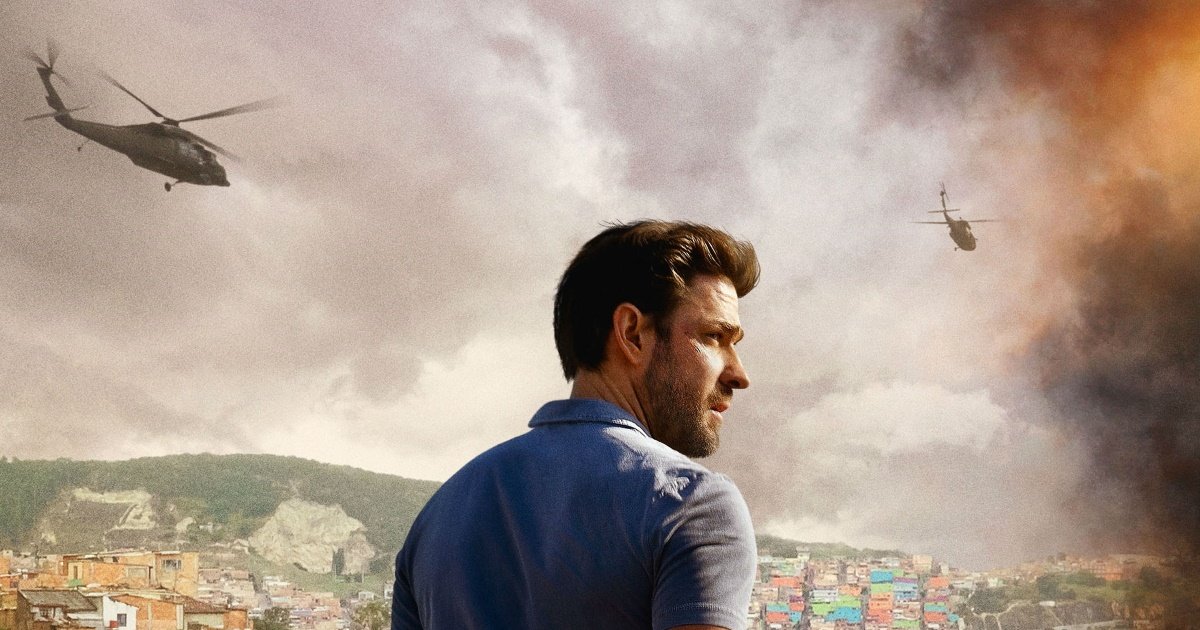 As prep for my forthcoming video on Amazon’s Jack Ryan as next-gen propaganda I’ve been keeping an eye on promotions and events around the launch of season two in November.  The first episode was shown at New York Comic-Con a few days ago, and at a panel discussion the new series regular Michael Kelly revealed that he shot a scene in a Blackhawk helicopter.  This appears to confirm that the Pentagon provided full support to the new season, after rejecting season one as ‘hopeless’.

I will be exploring the US involvement in the Tom Clancy universe in my video but I thought I’d share this with you after I stumbled across it on youtube this evening.  After premiering the first episode of the new season the eponymous star John Krasinski (now a actor/writer/producer on the show) along with new additions Noomi Rapace and Michael Kelly took part in a panel discussion at New York Comic-Con.

During the talk (about 18 minutes in) Michael Kelly, who plays CIA station chief Mike November, recalled how he had a lot of fun in a scene shot in a Blackhawk helicopter.

The Pentagon turned down the producers’ requests for help for season one, saying the script was very well written but ‘hopeless for DOD’.  It appears that the Viktor character – a traumatised drone pilot who gambles, sexually cavorts with a married couple in Las Vegas, and then takes off for Syria to give $30,000 to the family of a man he accidentally killed in a drone strike – was a problem for them.

But the trailers for season 2 appear to feature US Air Force hardware, including C-130s.  These could be CGI or private hire (like in Rampage, which was also rejected by the military) so I am not 100% sure at this point, but given they also got access to Blackhawks it’s looking very likely that the DOD have reversed their Jack Ryan position.  Perhaps the storyline of Russian nukes in Venezuela got their bloodlust flowing and they decided the series is good for them after all.

There is one other distinct possibility – the show shot in Colombia, which doubles for Venezuela, and the Colombian military have been receiving Blackhawks from the US since the late 1980s.  It is possible the Colombian authorities loaned the helicopter(s) to the Jack Ryan producers, though they only have a handful of them so in the absence of better information, I’m guessing it was the Pentagon.