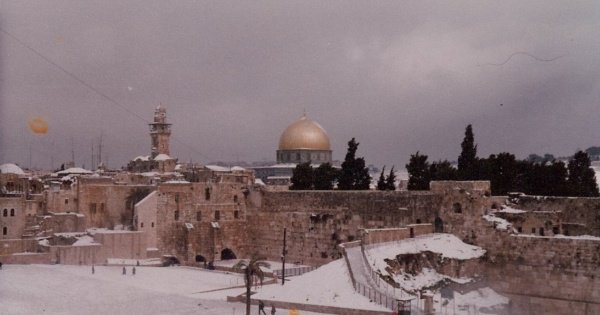 Disinfowars 3 – The Ideological Origins of the War on Terror

In the first of a three-part series I look into the 1979 Jerusalem Conference on International Terrorism, where the ideology of the current War on Terror was conceived. I focus in on Benjamin Netanyahu, who hosted the conference and later wrote a book on all the major speeches and discussion. I round off by tracing the legacy of this conference via the example of the original Mohammed cartoons controversy in 2005.

I’m going to start with a simple proposition – there has always been a war on terror. Ever since we’ve had centralised power and people rebelling against that, there has been a war on terror. So all of the things that come with that – the ideology and psychological manipulation inflicted on the public at large, the infiltration and misdirection of terror gangs, false flag operations and all the other characteristics of the current war on terror – all of these things have existed for a long time.

In the past it might have been a king getting his court intelligence agents to infiltrate a gang of revolutionary peasants and get them to assassinate his brother who is challenging for the throne. These days it is more technologically sophisticated, and probably a bit more politically sophisticated in terms of who is pulling the strings and how, but the basic ideas and tactics remain the same.

That said, there are some distinct origins of the current war on terror – the 9/11 event being an obvious one, but I want to go back to where I think this really got rolling, in the mid to late 1970s. This is a fascinating time not just in US history but also in world history more generally and I will come back to a lot of this stuff in later episodes. So I won’t get into how Watergate and the Pentagon Papers were false flag operations to aid the destruction of the Nixon presidency, and thus the arrival of the neocons and thus the CIA’s gradual takeover of the White House. That is a story for another day, but I promise I will do an episode on all that.

Our story begins in 1976, when George Bush became head of the CIA and when Air France Flight 139 was hijacked by members of the German Revolutionary Cells and the Popular Front for the Liberation of Palestine. The flight was on its way out of Tel Aviv and was hijacked and diverted to Entebbe, in Uganda, at that time led by Idi Amin. A few days later the Israeli military carried out a commando raid on Entebbe airport to free the hostages, and I’m going to play for you a short summary that I think tells the story very well.

The key detail for our purposes today is that Benjamin Netanyahu’s brother, who led the commando raid, was killed in the fighting. This is very significant because in 1979, in his brother’s memory, Netanyahu founded the Jonathan Institute to study geopolitical issues such as terrorism.

In July 1979 the Jonathan Institute held its first conference – the Jerusalem Conference on International Terrorism. Around 700 people attended the week-long conference – almost entirely American, British and Israeli, with some other Western Europeans. Key speakers included Benjamin Netanyahu and George HW Bush. It is at this conference that the entire ideology of the modern war on terror was laid out. This was not widely reported at the time, and several years later Netanyahu published a book called International Terrorism: Challenge and Response, containing the main speeches and some of the question and answer sessions.

This is on google books, not in its entirety but enough to give you a good idea of what’s in the full book and it is well worth your time to read some pieces from it because there is a lot of eyebrow-raising moments. Just the list of people who attended tells you something – we have the father of the Netanyahu brothers Benzion, Simon Peres, Henry M Jackson, Richard Pipes, Lord Chalfont, Brian Crozier, Ray Cline, Midge Decter and Major General George Keegan. Basically it’s a cross section of people who were either NATO hawks or Zionists, and who work in the political, intelligence and/or journalistic and media industries.

Then we have the content of what was discussed, and I’ll quote from the summary of Diana Ralph, a Canadian academic who noted how the conference ‘featured: pre-emptive attacks on states that are alleged to support ‘‘terrorists;’’ an elaborate intelligence system apparatus; slashed civil liberties, particularly for Palestinians targeted as potential terrorists, including detention without charge, and torture; and propaganda to dehumanize ‘‘terrorists’’ in the eyes of the public’.

She’s not wrong, but there’s a lot more besides. One of the things that stands out to me, reading Netanyahu’s book, is the extraordinary amount of doublethink going on. For example, his father kicked things off by claiming that people who believe in democracy cannot be terrorists. Which is ironic, since Benzion Netanyahu and his buddies were terrorists before they became politicians who believed in democracy.

Repeatedly throughout the various presentations at the Jerusalem Conference the speakers emphasised how terrorists have ‘declared war on free society’ and how anyone who believes in freedom should fight against the terrorists, how there ‘can be no compromise’ and how, in the words of Midge Decter, we need to fight a ‘war against terror’. This is everything that the Bush II White House was spewing out immediately after 9/11. Almost every last little manipulative, deceptive idea, ‘they hate our freedoms’ ‘you’re either with us or with the terrorists’, it was all expressed quite clearly at this conference over 20 years earlier.

You also have this fantasy about who the major state sponsors of terrorism are. Chaim Herzog, who would become President of Israel a few years later, spoke of, ‘support given by the Soviet Union, Cuba, East Germany, Libya, Iraq, Syria, South Yemen and other members of the Soviet and Arab blocs.’ How many of those nations would become entries on the ‘axis of evil’ and on the list of designated state sponsors of terrorism? Obviously not East Germany, since they’ve now become part of Greece, but you get the idea. This is the same agenda, the same view of the world.

Aside from George Bush I and II there are a couple of other direct legacies from this conference that are worthy of our attention. I mentioned Richard Pipes, who I will get into detail about in the next episode. His son is Daniel Pipes – the extremely hawkish right wing Zionist talking head who has openly admitted to doing consultancy work for the CIA on how to deal with conspiracy theories. Daniel Pipes is good friends with Flemming Rose, the editor of the Danish newspaper the Jyllands Posten who caused all that uproar by publishing the cartoons of the Mohammed in 2005. It has been suggested that the whole thing was a deliberate provocation – I’m not sure, but it wouldn’t particularly surprise me.

In the midst of all this cartoons outrage the British Channel 4 produced a live TV debate titled The Dispatches Debate: Muslims and Free Speech. I’m not sure if this is still available online anywhere but as the title suggests it was very much intended to hammer home this basic point – that Muslims hate freedom. So this is again the philosophy, the ideology of the Jerusalem Conference. Where this gets really interesting is that the chairman of Channel 4 throughout this period was a guy called Luke Johnson, who is the son of a highly influential and respected journalist Paul Johnson, who also attended and spoke at the Jerusalem Conference.

Now you might say, so what? So one son of a guy at this conference was friends with the editor of the newspaper who published the cartoons that kicked off the whole row, and another son of a guy at this conference ran a channel that produced a show that capitalised on this outrage. Well, this sort of media strategy was also suggested during one of the question and answer sessions are the Jerusalem Conference. According to Netanyahu’s book an unnamed speaker said, ‘we should establish a non-stop source of media in order to pump our ideas, our information into the world’s free press… If this Institute will consider such a center for effective psychological warfare, maybe the media would be successful in influencing leaders and legislators.’

Once again, notice the doublethink – whoever is saying this is talking about the ‘free press’ but has no respect for the freedom of the ‘free press’ because they just want to use it to ‘pump our ideas and information’ for ‘effective psychological warfare’ purposes. These people are quite, quite mad. Or possibly just complete fucking idiots.

Even the media rhetoric that is in vogue these days in part originated at the Jerusalem Conference. There are numerous references to terrorism being a ‘virus’ and a ‘disease’ and particularly a ‘cancer’. They are always talking about a ‘cancer on democracy’ and a ‘cancer on civilisation and freedom’ in these presentations. Now I know the term ‘cancer on… such and such’ has become quite ubiquitous in modern tabloid rhetoric, but there is an element to this that does actually matter.

Namely, that cancers are diseased cells. Think about how they use this terminology when describing terrorists – terror cells, sleeper cells, splinter cells. And what do we do with cancer? We cut it out or kill it with radiation. What do we do with so-called terrorists? Shoot them, sometimes with radioactive weapons. And just as there are, sometimes, other means of dealing with cancer that are largely ignored by the mainstream press, there are other ways of negotiating ceasefires with so-called terrorists. But that doesn’t fit into this binary ‘us and them’ ‘no compromise’ mentality. As such, cancer is the perfect metaphor for their purposes. Maybe they aren’t such idiots after all.

As you can imagine, I could go on at extreme length about this conference, Netanyahu’s book and how this shaped the modern war on terror ideology, but I’m guessing by now you have a good idea of what this event was all about and why I think it is such an important part of the story of the modern war on terror. I will once again mention Netanyahu’s book International Terrorism: Challenge and Response which is a horrifying but very interesting book that hardly anyone outside of the CIA NeoCon Zionist NATO circles has ever read. The quote from Diana Ralph is from the book The Hidden History of 9/11, and I should also mention Nafeez Ahmed’s work particularly The War On Truth which is where I first found out about this. All of those books are well worth reading, though of course I agree with and respect the latter two books a hell of a lot more than Netanyahu’s.