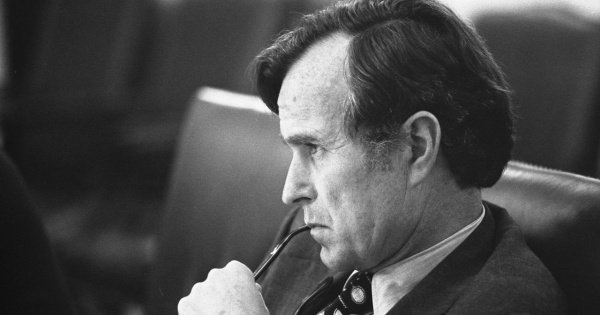 Disinfowars 4 – How the Cold War became the War on Terror

This week I present a mini-documentary on the rise of the NeoCons in the 1970s and how they turned Cold War paranoia into War on Terror paranoia. I look at the people and organisations involved: Henry Jackson and the Coalition for a Democratic Majority, Richard Pipes and Team B, the reformed Committee on the Present Danger and how this all ties in with the Jerusalem Conference on International Terrorism in 1979. After the conference, once the NeoCons had regained control of the White House, the CIA fully committed to the new ‘threat from international terrorism’ and began cooking the books on the numbers. The mini-documentary rounds off by show how the legacy of the 1970s NeoCon network still exists, and persists in propagating the politics of paranoia.

The ideology of the modern War on Terror was formed in 1979, at the Jerusalem Conference on International Terrorism. Chaired by Benjamin Netanyahu it featured speeches from Henry Jackson, Richard Pipes and George HW Bush. This conference, these men, and the organisations they represent, tell the story of how the Cold War became the War on Terror.

Henry Jackson was a US senator who was head of the Coalition for a Democratic Majority, a NeoConservative group who wanted to pursue a more aggressive anti-Soviet military policy. In 1976, when George Bush was head of the CIA, the Coalition re-founded the Committee on the Present Danger. The original CPD was created in 1950 as a bipartisan advocacy group promoting the anti-Soviet policy of ‘containment’. The policy was developed in NSC 68, the National Security Council document written by Paul Nitze. The paper, and the original CPD, advocated a rapid military build up. When the Neocons reformed the Committee in 1976, Nitze was again involved.

Richard Pipes was an advisor to Jackson, was on the board of directors for the Coalition for a Democratic Majority, and then joined the re-formed CPD. He was also the head of Team B, a second team of analysts brought in to challenge the CIA’s intelligence estimates on the threat posed by the Soviet Union. The NeoCons wanted the CIA to spice up their assessment of the Soviet threat, so Pipes ran the team and Paul Nitze advised them, along with his protégé Paul Wolfowitz, and this happened when George Bush was head of the CIA. Their report has been widely criticised for massively exaggerating the Soviet military capacity, even inventing technologies that didn’t exist in order to create an image of an all-encompassing threat.

At the same time the CIA began producing regular reports on the newly named phenomenon of ‘International Terrorism’. For five years they used the same database of terrorist incidents, adding new data each year. Then, in 1979, Richard Pipes, George Bush, Henry Jackson, George Keegan and other members of this CIA Neo-Con CPD Team B clique attended the Jerusalem Conference. There they became immersed in the new ideology of the global threat from international terrorism.

The following year, Ronald Reagan was elected, and 33 members of the Committee on the Present Danger were awarded senior positions in his government. Bill Casey, Reagan’s campaign manager, became head of the CIA. George Shultz became Secretary of State. Richard Perle became Assistant Secretary of Defense. John Lehman became Secretary of the Navy. Richard Pipes served on the National Security Council. Even Reagan himself was a member of the CPD.

The next CIA annual report on International Terrorism shows that they used very different data from the years before the CIA NeoCons took back control of the White House. The total number of terrorist incidents included in their database was almost doubled, and the overall trend changed from a peak in violence in 1976 and then a decline, to a consistently increasing threat.

At the same time Bill Casey ordered a Special National Intelligence Estimate focusing on Soviet Support for International Terrorism and Revolutionary Violence. It was put together by officials from the CIA, the DIA, the NSA and the intelligence branches of the State Department, the Treasury and the Department of Energy along with officers from Army, Navy, Air Force and Marine Corps intelligence. The report concluded that the Soviets were engaged in massive scale state sponsorship of terrorist groups. This is the same worldview that dominated the Jerusalem Conference.

However, the SNIE admits that there were ‘differences of judgement’ about this conclusion in the intelligence community. Other special national intelligence estimates do not include such caveats, showing that the CIA were cooking the books on terror, and that there was some institutional resistance.

The CPD, the Jerusalem Conference and the SNIE all embraced a remarkable degree of doublethink. While the Soviet Union did sponsor terrorism, as did Gaddafi, it was not on a huge scale. Most terrorism databases show an upsurge in violence immediately following the fall of the Soviet Union. This suggests that however much the Soviets were sponsoring terrorism, they were doing a lot more to suppress it.

One problem is that most of these terrorism databases are based on the CIA’s own original database, which was manipulated to suit the NeoCons political agenda. But what is clear is that there was no Soviet equivalent of Operation Gladio. A lot of the real terrorism being monitored by intelligence agencies in this period was the result of other branches of those intelligence services carrying out false flag operations. Inasmuch as there was an increasing threat from terrorist gangs at this time, it was the result of NATO policies.

Nowhere is this more apparent than in the startling coincidence that while the NeoCons were at the Jerusalem Conference codifying the ideology for the forthcoming War on Terror, President Carter was signing the first directive officially granting US support for the Afghan mujahideen. Over two decades later this would all come together in the attacks of 9/11, blamed on those same mujahideen.

In 2004 the State Department’s annual report Patterns of Global Terrorism, which had replaced the CIA’s report in the 1980s, was heavily criticised. It was shown that the authors had downplayed the number of people killed in terrorist incidents the previous year, to try to prove that NATO was winning the war on terror.

In the same year the Committee on the Present Danger was formed for a third time, under the leadership of former Reagan advisor Peter D Hannaford. As he put it, ‘ “We saw a parallel” between the threats posed by the former Soviet Union and terrorism’. Members of the new CPD include Midge Decter, the NeoConservative author who attended the Jerusalem Conference, and Daniel Pipes, the son of Richard Pipes. The membership list also includes Joe Lieberman, James Woolsey, the former head of the CIA, and Ben Wattenberg who also attended the Jerusalem Conference. Woolsey was a member and Wattenberg was the chairman of the Coalition for a Democratic Majority.

This is the incestuous clique who turned the Cold War into the War on Terror. They took the same paranoia, the same exaggeration, the same insane fantasies and projected them onto the new enemy. And just like before, the terrorists that the intelligence services are watching, measuring and analysing are the same terrorists their colleagues are training, equipping and funding.