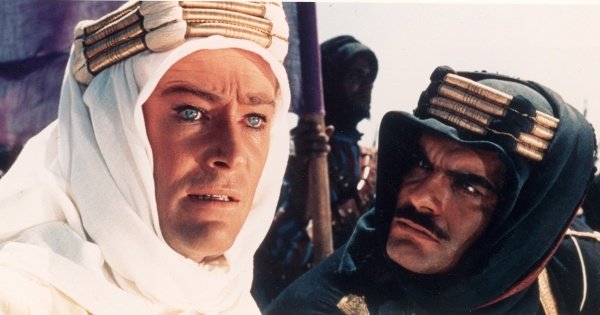 Was Lawrence of Arabia the first Gladio B operative? In answering this question, today’s episode presents a view of World War One from the perspective of British geostrategy in the Middle East. Using a fascinating lecture as the basis for our discussion I outline how Turkey got drawn into the war, at a time when the Ottoman empire was crumbling. The British government adopted not just a double-dealing but a triple-dealing strategy to counter the Ottomans, which bears remarkable similarities to what is happening today. The agent at the centre of carrying out this strategy was TE Lawrence a.k.a. Lawrence of Arabia.

As we continue our look backwards at the development of Gladio and Gladio type operations this story from WW1 is especially relevant for our purposes. Lawrence of Arabia, born TE Lawrence, was an agent of the British government, a spy come diplomat come international fixer come insurgent warrior. One might even argue that he was the first agent of Gladio B. Which I know is a bit of a daft label given that he was working for the British government decades before Gladio A even got going, and died before WW2 even began. But nonetheless, I think it’s a label that has some justification and by the end of this episode I hope to have persuaded you that it is a fair one.

As with WW2, I don’t buy the overarching conspiracy theory of WW1. Indeed, for a war so massive and encompassing such a huge proportion of the world’s countries, including most of the major empires and superpower nations, for all that to be orchestrated by one small group of people just strikes me as profoundly unrealistic. And it’s easy to look afterwards at any war and say ‘these were the victors, therefore they must have planned it like this all along’. Just as with WW2, it wasn’t clear who was going to win even after the US got involved, and particularly with WW1 I just don’t understand the point of it. It seemed more like a collective madness than the result of any clear plot.

Unless the idea was just to kill lot of people. It is reported that Lenin, the leader of the Bolshevik Revolution, said that WW1 was the result of a conspiracy to destroy and kill off the working class. I don’t know if he actually said it but either way it is the only conspiracy theory of WW1 that makes any sense to me, and even that seems a bit crude given the tactics that the old European aristocracies had used long before then. And of course before them, the other ruling classes of different civilisations.

The Shaping of the Modern Muslim World

And if you want to know more about that story then I can strongly suggest a lecture that is on youtube that is one of the most interesting I’ve ever seen on any subject. It is titled The Shaping of the Modern Muslim World part 1, and was delivered at the Memphis Islamic Center in January 2014 by Dr Yasir Qadhi.

He brings up a lot of interesting information that filled in a few spaces for me and added to my understanding of what happened, if not necessarily why it happened, and I thought I would run you through some of the salient facts so you can see what this all adds up to. The full thing is about an hour 40 minutes, but I do thoroughly recommend it.

Among the things brought up by Yasir Qadhi in this lecture, along with my emphasis:

1) This was the largest military conflict the world had ever seen up until that point, involving over 70 million soldiers.

Just reflect on that for a moment – 70 million soldiers. Naturally, one of the consequences of this was it helped bring about the large permanent standing armies of the modern era. WW2 essentially completed that process.

But I’m also thinking of the sheer proportion of people involved, at a time when the world’s population was estimated to be about 1 3/4 billion. So one in every 25 people in the world was fighting in this war as a soldier, let alone all the others. 1 in 25. That’s not something I think we sitting in relative safety and comfort in the West can really grasp. Or at least, I am struggling to comprehend the sheer scale of it. Something like 17 million people, only 10 million of which were soldiers, died in WW1. That’s in the region of 1 in every 100 people on the planet at the time.

2) WW1 was the first time aeroplanes, chemical warfare and other modern, industrial forms of warfare were used to kill people. In some ways it was the launch of the arms race that has dominated so much of the global economy, and particularly the national economy of the US.

3) As I mentioned, four of the world’s largest empire ceased to exist, and the largest, the British empire, was cut in half. All this created growing room for other empires – most obviously the American empire, WW1 really helping to turn the US into a world power. But I would also point out that into this space, this growing room, came Fascist and Communist empires. By the end of WW2, the British empire had regained much of its territories, but was bankrupt and unable to physically control them any more, and America had risen to the status of a superpower. Hence the post-colonialism of Gladio.

4) As everything started kicking off in Europe, with the English, French, Italians, Russians and most of the Balkans on the one side and Germany and the Austro-Hungarians on the other, what drew Turkey into the conflict was the steady weakening of the Ottoman empire, run from Istanbul. When the British fell out with the Ottomans in the 1880s, they turned to Germany and forged a strong relationship with them. 6 months into the war, they formed an alliance, bringing Turkey in on the side of the Central Powers, Germany and Austro-Hungary.

This in turn made the French and the British attack the Ottomans, beginning in the Spring of 1915, the Gallipoli campaign. They focused on taking Istanbul, and taking control of the Dardenelles. Why? Because this was a means for the Russian fleet, the navy, based in the Black Sea, to gain access to the Mediterranean. The Russians being on the side of Britain, France and the other Western powers.

This didn’t work, both sides lost about 150,000 men and the Western powers lost, the Ottomans won. This battle also helped the rise of a young Turkish general, Mustafa Kemal, who went on to become Mustafa Kemal Ataturk, the first President of Turkey.

5) By 1917 the British had prevailed in Iraq and took Baghdad, and sought to take Jerusalem too. And this is where we will pick up the lecture directly, I want to play you a couple of clips from it that will explain how TE Lawrence, Lawrence of Arabia, got involved and what the strategy was and how this all worked.

So that gives you a sense of who Lawrence of Arabia was – a spy for the British government who facilitated a divide and conquer strategy against the Ottoman empire by promising, presenting the offer of a pan-Arab Islamic state.  I mean, stop me when this starts to sound familiar. Is this not more or less what has been going on in the Middle East since then?

There are a couple of other elements to this that I’ll get to in a moment but just quickly, I want to briefly explain the other two deals that the Western powers, primarily the British government, were offering at the time, alongside this offer to the Sharif of Mecca.

So the second deal was the Sykes-Picot agreement, the negotiation with the Russians and the French, the other major powers on their side at the time – this is all in 1915. This is basically them carving up the lands they think they are going to win. So Russia wanted Turkey and Armenia, France wanted Lebanon, Britain wanted pretty much all of the rest, and this became the Sykes-Picot agreement.

The third deal was regarding the creation of Israel, i.e. they were dealing with the Zionists. An important point – the Zionists were not a mass Jewish movement, at least not at that time, but were a political movement of rich and influential Americans, British and other Western Europeans. Initially the British government tried to offer them Uganda, but the Zionist said no, they wanted Jerusalem and the land around it.

And this is why we got the Balfour Declaration, This lecture goes into some detail about that but one of the various reasons is that Chaim Weizmann, a very wealthy and senior zionist, owned a business that produced huge quantities of acetone which was necessary for making bombs. So the British promised Palestine to the Zionists to get him on side. Weizmann, of course, went on to become the first President of Israel.

The key point is that the British government were performing three simultaneous negotiations for the same land, with the French and Russians, with the Zionists, and with the Arabs via Lawrence of Arabia. And this civil war within the Ottoman empire being directed by TE Lawrence is what helped bring about the end of that empire.

I know we’ve covered quite a bit already today and I hope the relevance of all this is coming across, and why it is I’m labelled Lawrence of Arabia as the first Gladio B operative. And this is now a hundred years ago. A century of these kinds of tactics.

And it is the tactic I really want to highlight here. This is what is now called Asymmetic Warfare – that it would cost the British a lot less money to cause this trouble to the Ottoman Empire than it would cost the Ottomans to fight back. This is how it works in the post-colonial strategy. If you cannot military conquer a land, you send in the double agents and the provocateurs to overthrow the government or help cause a civil war, and you get most of the influence that you want at a fraction of the cost of invading with your army. Of course, full scale invasions sometimes take place, but the majority of conflicts in the 20th century and into the 21st are of this type – where you get someone else to do the fighting and the dying. It is ruthlessly cunning, and frankly, I despise these elements of my country’s history and of course its present day.

One final idea that I want to leave you with is on the issue of perspective. In watching this full lecture, titled ‘The Shaping of the Modern Muslim World’ the lecturer is clearly telling things from the perspective of a Muslim, talking to other Muslims. Despite this, I agree with most of the subjective things he says. But I do see things a bit differently. This is not just about the shaping of the Modern Muslim World, but about the British government, and others, using Islam to reshape the world. Indeed, from my perspective, ‘Using Islam to Reshape the World’ would be a more appropriate title for the lecture. Something for you to reflect on, and of course to offer your opinions on.