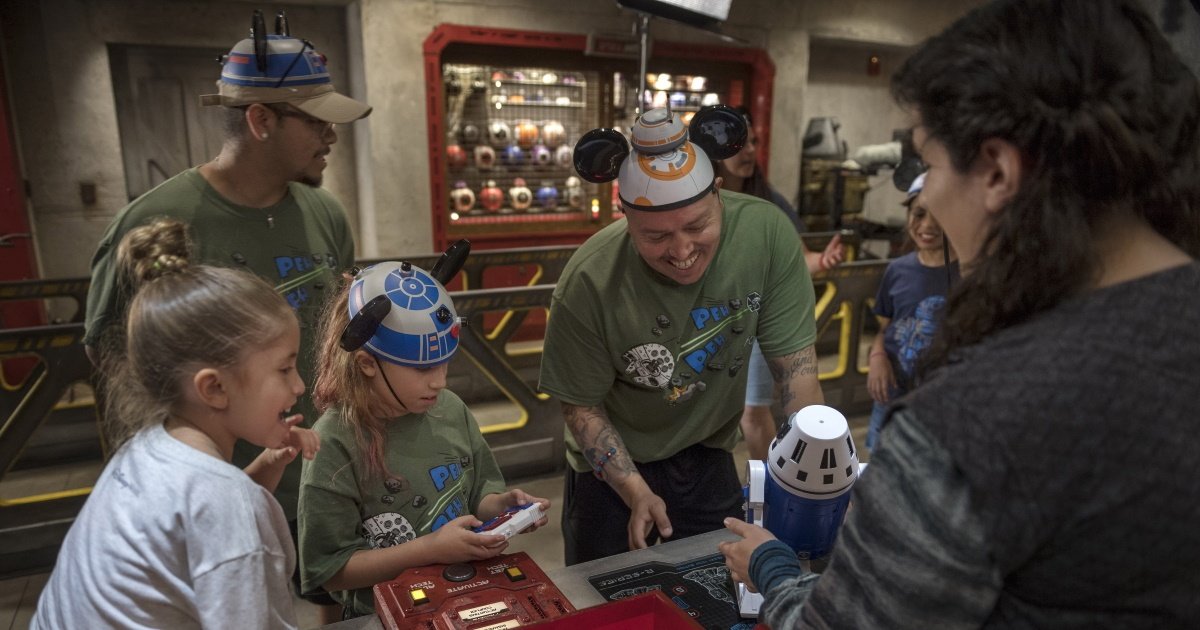 Disney’s Star Wars, the Military and the Ugliest Hats I’ve Ever Seen

Walt Disney World Resort’s Star Wars: Galaxy’s Edge opens this week – 14 acres of Star Wars experience for those who want to waste their money on plastic replicas of pod racers, Jar Jar Binks masks and hair dye so they can look like Vice Admiral Gender Studies from The Last Jedi.  To promote this corporate abomination, Disney invited five military members and their families to tour their new Star Wars-themed shopping mall, which included providing them with the ugliest headgear in the history of human civilisation.

Star Wars is the highest-grossing film franchise that hasn’t ever been sponsored by the US military, regaining 2nd place overall with the recent soft reboot of the Star Wars cinematic universe.  While the films have received support from former UK chancellor George Osborne (who is credited at the end of The Force Awakens) and other more benign government agencies, to my knowledge they’ve never had anything to do with the Pentagon.

However, Disney has worked with almost everyone imaginable, from the CIA and FBI to the Pentagon, even helping the FAA design biometric scanning systems for airports in the wake of the 9/11 attacks (see here).  Walt himself was a long-time FBI informant in Hollywood, helping snitch on leftists and both above-the-line and below-the-line employees who wanted fair pay and working conditions.

So it comes as no surprise that they are using the military – a symbol they have helped to glamourise and turn into a magnet for positive attention – to promote their new capitalist atrocity.  Likewise the fact that Military Times promoted this promotion on their website.

What did come as a small shock to me are the abysmal hats they provided to the likes of Army Capt. Jerome Bustamanate and Navy Chief Petty Officer Jorge Salas and their families.  I’m not kidding when I say these detestations are the most hideous melange of Mickey Mouse ears and droid heads imaginable: Proof positive that as long as you combine three things that are already popular (the military, Disney and Star Wars) then it really doesn’t matter how badly you do it.  You can expect to see this vile headwear on the noggins of children and hipster fuckwits in your neighbourhood very soon.