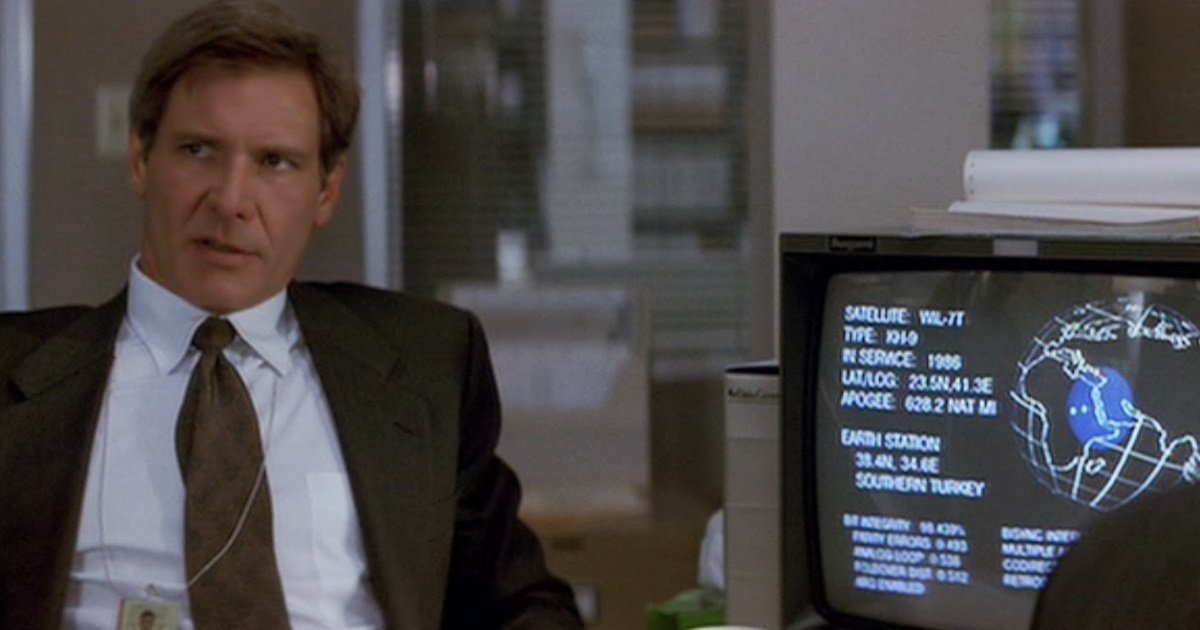 1992’s Patriot Games was supported by both the Pentagon and the CIA, filming at Langley and the US Naval Academy – the first time in over a decade that anyone had been allowed to shoot at CIA headquarters.  The military support was very limited but they still reviewed the scripts and made a few changes, approving the story because it ‘respected the military and federal government’.

Until recently the only military document I had that referred to the film was the database, which comments:

Patriot Games is primarily a spy thriller, which sees Jack Ryan get entangled with a super-vicious IRA cell who go after his family.  So Jack goes back to the CIA, having left the Agency temporarily, believing only they can protect him and his family from the arch-terrorists of doom.  Shortly after his wife is attacked in her car on a freeway, we see Ryan arrive at Langley and go into the old headquarters building and walk over the CIA seal.  The same basic sequence also appears in Argo, Scorpio and several other CIA-supported productions including Jack Ryan.

However, the film includes a few scenes at the Naval Academy in Annapolis, Maryland (where I went in the late 90s on a school trip).  The base is also home to the US Naval Institute, a private non-profit organisation that Tom Clancy was a member of for many years, and who published his first novel, The Hunt for Red October.  So even though there was very minimal military depiction in the film, its positive messaging convinced the DOD to let them film at the real academy, to boost the film’s authenticity.

A file from David Robb’s archive, which he apparently obtained from the Marine Corps ELO, adds a few details.  It includes reviews of the film and a copy of the credits thanking the US Navy and the DOD (but curiously not the CIA).  One memo briefly records a few notes about reviewing the script, with a member of the Coast Guard’s Hollywood office suggesting alterations ‘to change some of the things Marines do’.  There is very little Marine depiction in the film so this is likely just background activities and PR nonsense.  Nonetheless, it shows that even for a very limited bit of filming the script still had to go through the full Pentagon review process, and that nothing in the finished film was deemed unacceptable.