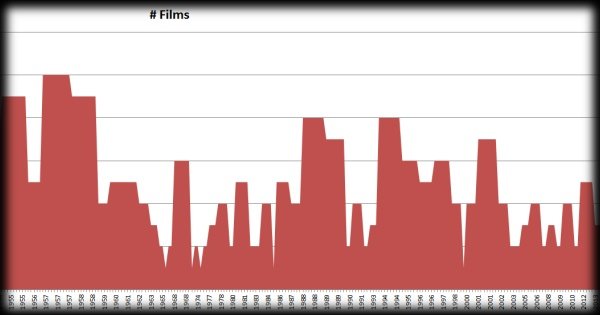 A little bit of open source intelligence in action – several listeners have put together OCR versions of the DOD film list and one has even scraped reams of data about the films on the list.  The resulting spreadsheet has every film on the list, most of them identified with the year of production, the production companies behind it, the writer/s, director, producer/s and casts.  It also has IMDB links so you can verify where the data came from.  You can download the spreadsheet here (XLS file).  The listener – Mike – has also noted some interesting data from the spreadsheet.

He also made a graph showing the films per year produced by the assistance of the DOD going back a century: