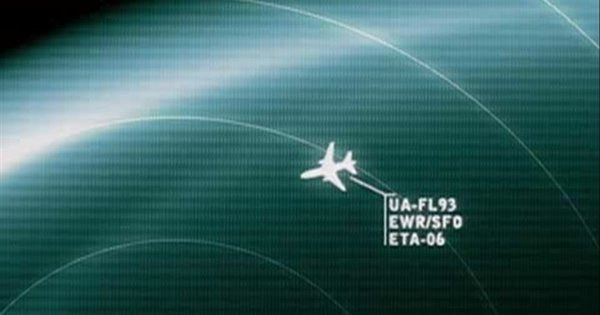 DOD record on assistance given to United 93 movie

The listener who has been following up on my call to file FOIA requests about the films on the DOD film list emailed me today with the DOD’s response regarding the 9/11 reconstruction United 93.  The film was directed by Paul Greengrass, who made this movie in between his two entries in the Bourne film franchise.  The first of the Bourne films was made in collaboration with the CIA, and Greengrass also made Captain Phillips with the assistance of the US Navy.  He is, you might say, Britain’s answer to the ongoing question that is Michael Bay.

The DOD released a grand total of one page of what is obviously a larger record on their involvement in United 93.  It says that the request from the filmmakers was received in October 2005 and a note added in November 2007 reads:

APPROVED A VERY MODEST AMOUNT OF ASSISTANCE, PRIMARILY IN THE FORM OF ACTUAL AIR FORCE AIR DEFENSE OFFICERS AND ENLISTED PERSONNEL (SEVERAL WHO HAD BEEN ON DUTY IN THE ROME, NY, AIR DEFENSE CENTER ON 9/11) ON THE SET FOR A WEEK OR SO IN LONDON WHERE THE NORTH AMERICAN AIR DEFENSE SECTOR HAD BEEN SKILLFULLY RECREATED. EARLIER PLANS TO REENACT AIR DEFENSE FIGHTERS SCRAMBLING HAD BEEN APPROVED BUT THE FILMMAKERS DECIDED THESE WEREN’T NECESSARY. THIS PICTURE IS UNIQUE IN HAVING NO ACTUAL SCRIPT, ONLY A TREATMENT, AS THE DIRECTOR WANTED TO CREATE A CINEMA-VERITE STYLE WITH “REAL PEOPLE” AND ACTORS IMPROVISING ON THE SET. THIS LED TO SOME AWKWARDNESS THE FIRST DAY OF FILMING, BUT GRADUALLY THINGS WORKED OUT, AS THE ACTORS BASICALLY STARTED MEMORIZING THEIR LINES THAT WORKED TECHNICALLY AND DRAMATICALLY.

This reveals so much – for instance that Greengrass didn’t give a toss about being accurate, just in having it seem real and that the lines weren’t based on people’s memories from the day but on what ‘worked technically and dramatically’.  This presumably explains why so much of the film contradicts the 9/11 Commission’s report, let alone the huge range of other evidence available to us.  In particular it is interesting that plans to reenact air defense fighters scrambling were deemed unnecessary by the filmmakers because officially (by the third version offered by NORAD to the 9/11 Commission) no aircraft were scrambled to intercept United 93.  Indeed, officially only two sets of fighters were scrambled, both before the Pentagon was hit.  Though this contradicts what NORAD originally said, i.e. that they only scrambled fighters after the Pentagon was hit.

In any case, this does help explain why United 93 is such a ridiculous and unrealistic film for people who are actually living in reality.  But this begs the question – without a script how could the DOD grant approval for assistance, and what exactly were their advisors doing on set?  They certainly weren’t ensuring accuracy with the real world, or faithfulness to the official story.  You can download the DOD’s record on assistance to United 93 here (PDF file).