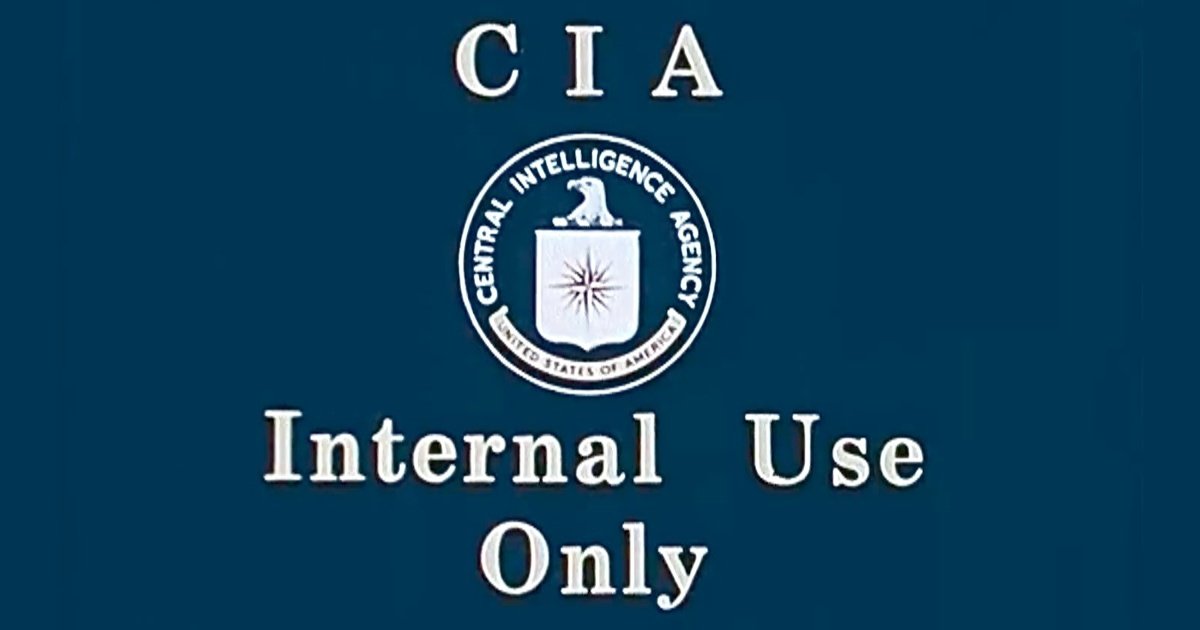 Does the CIA use Hollywood Movies as Training Films?

In September 1977 the renowned Hollywood gossip columnist Rona Barrett appeared on Good Morning America to talk about spy films.  Sat alongside her was CIA director Stansfield Turner, who commented that Hollywood movies would make poor training films for CIA spies.  Within days a memo was circulating within the CIA seeking to correct Turner’s assumption.

The memo was sent three days after the interview from the Chief of the Pictorial Services Branch to the the Assistant to the DCI for Public Affairs.  It reads:

I want to make you aware of facts concerning our motion picture film holdings that vary from Admiral Turner’s response to Rona Barrett’s question on “Good Morning America”. You will recall that Rona described Hollywood films about spies and spying that had been produced over the years, naming several of the outstanding titles. The Admiral’s response to a question by Ms. Barrett about the films was: “Rona, Hollywood does a great job of turning intelligence into entertainment, but I don’t think I could use the films you’ve been talking about as training films for our agents.”

The entire following paragraph is redacted.

Despite this redaction it is clear from the author’s words that there were some Hollywood movies in the CIA’s film holdings ‘that vary from Admiral Turner’s response’, suggesting that (at least in the 1970s) the CIA were using Hollywood movies as training films for their officers.  Certainly, the CIA started using training films only a few years after they were founded and there are numerous references to these in the CREST database.

A few months later in April 1978 the CIA head of training Harry E Fitzwater wrote a memo confirming that the CIA were using the NBC TV movie Spying for Uncle Sam for training purposes.  The film is described in TV guides as:

This edition focuses on the extraordinary lives of ex-Central Intelligence Agency case officer Caleb Bach and his family. Host Edwin Newman introduces Bach as a normal man who happened to find himself in a job that defines “treachery and deceit” as “good traits.” Bach’s main responsibility was recruiting agents for the CIA team.

As it turns out the CIA’s practice of training their officers using Hollywood productions goes back to the early days of the Agency.  A 1958 memo on Films for Counterintelligence Training records screenings of both The Man Who Never Was and Walk East on Beacon for trainees, alongside a film called The Prisoner, which I have not been able to identify yet.  Interestingly, Walk East on Beacon was based on an article written by FBI director J Edgar Hoover, and he worked closely with producer Louis De Rochemont during production.  Meanwhile, The Man Who Never Was received support from the British Admiralty. Similarly, the 1962 documentary The Road to the Wall, narrated by James Cagney, was also shown at CIA headquarters, while another memo from the same  year says that the film We Will Bury You ‘would be good for troop indoctrination, for example, but I can see no place for it in our training program’.  All of which puts the statement of a CIA officer talking about the CIA-written film The Recruit in a new light:

The funny thing is that everyone in the Agency believes the movie is ridiculous but, despite that sentiment, all of the covert service trainees watched the film on the bus going into training and then again back to Washington after graduation.

CIA – Critique of Film We Will Bury You

CIA – Film Road to the Wall