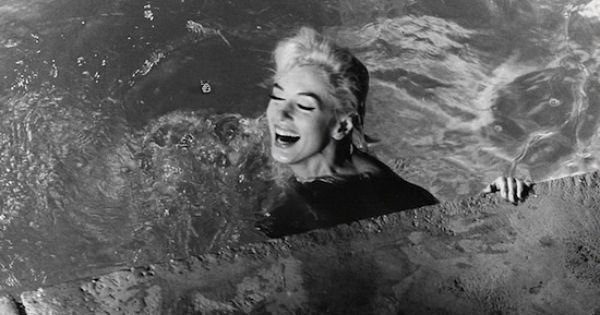 In 1969 the CIA obtained a copy of The CIA, a screenplay being developed at Universal Studios, written by William Woodfield and Allan Balter.  Woodfield and Balter were perhaps best known for writing the TV series of Mission: Impossible, until they had a well-publicised falling out with series creator Bruce Geller.  The Agency reviewed their script for potential issues with how it depicted the CIA and also for whether it would be suitable as a training film for CIA recruits.

Woodfield and his writing partner Balter worked on Mission: Impossible throughout the late 60s, writing episodes for the TV series and the first spin-off film Mission: Impossible vs the Mob.  In particular Woodfield’s experience as a magician helped them – he was initially hired as a magic consultant but after he and Balter wrote an episode that impressed Geller and others they were promoted to script consultants.  By season 3 they were promoted again to producers, though because of their attitude that they didn’t really have to listen to Geller he got sick of the pair and fired them.

In his early career in the 1940s Woodfield published a newsletter – Woodfield’s Magicana – which was picked up by Genii for its blend of ‘tips, tricks (the illusion kind), reviews, news, and rankings of famous mages’.  Woodfield went on to become a screenwriter and a photographer, famously photographing a nude Marilyn Monroe on the set of her last film Something’s Got to Give. It was his interest in magic that helped propel his and Balter’s careers as the early episodes of Mission: Impossible were fun but unoriginal spy-fi fare.  When Geller brought in Balter and Woodfield for episode 6 ‘Odds on Evil’ they brought fresh ideas and had the M:I team rigging a game of chance and playing baccarat in foreign countries.  This became the new theme for Mission: Impossible – instead of having to break into places and decode secret messages they became masters of illusion, creating false businesses and other elaborate scams to fool their targets.  This formed the basis for a lot of the disguise-trickery that features heavily in the modern M:I films, at least two of which have been supported by the CIA.

The CIA on The CIA

In 1969 Woodfield and Balter were working on a screenplay called The CIA for Universal, but it was never put into production.  Somehow the Agency got their hands on a copy and a document recently made available via CREST records their review.  Their initial concern was the portrait of the Agency, though it appears that Universal may have approached the CIA about filming at Langley (this was three years before that privilege was first granted to the makers of Scorpio).  The memo reads:

Apart from scenes which require presence on, and photographing of the agency installation (note also the eagle on the cover) which concern the agency’s physical security, there appears to be only one other aspect which might be construed as affecting the agency’s reputation. Two of four possible agency suspects are portrayed as ”junkies” and one of them turns out to be a KGB agent as well, even though he is not the principal, i.e. , “Kim” PHILBY.

On whether the screenplay had any adaptability for training purposes the memo says simply ‘None’ before elaborating:

Although the play is claimed to be based on the career of Harold ”Kim” PHILBY, too many works have already appeared on the market which completely negate any possibility that this version could be accepted even as an edited documentary by any well-read group of people, much less by a group of would-be junior intelligence officers…

…Investigative techniques and tradecraft portrayed in this work rely heavily on fairly far-fetched gimmicks and would only encourage snickers and derision.

The memo concludes that:

Briefly put, this screenplay would produce a low-budget “James Bond” type of movie. It would probably be light and amusing. There is no politico-ideological-motivational content whatsoever which might unduly tax a mind wishing for a few moments of escape. It might be favourably compared with a “Western” which has no  heavy-handed “Hollywood social message”.

As such there is no reason to suspect that the CIA were involved in the decision not to turn this screenplay into a movie.  Woodfield and Balter continued their screenwriting career after being sacked from Mission: Impossible, going on to scribe episodes of Columbo, Perry Mason, Shaft and Masquerade.  There are no other CREST documents on Woodfield or Balter, and I have not found any other reviews of scripts and screenplays.  In all likelihood someone at Universal told the Agency about the script and possibly that there were scenes that would require shooting at or near Langley, and this is why they reviewed the script.  However, they didn’t review the script for Scorpio, which was allowed to film at CIA headquarters a few years later.  It seems that as the CIA began to formally work with Hollywood as part of Richard Helms’ efforts to rehabilitate their image that this was done on an ad hoc basis.  It would be nearly another 30 years before the CIA established their entertainment liaison office though even now their exact relationships with film-makers remain shrouded in secrecy.