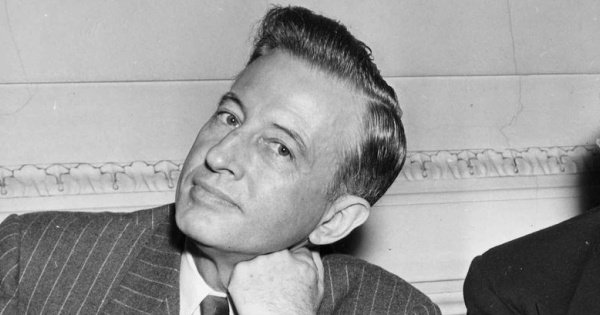 Eric Johnston and the CIA

Eric Johnston (1896-1963) was an American businessman, president of both the Motion Picture Association of America (MPAA) and the Chamber of Commerce as well as being a US government envoy to the Soviet Union.  He was also, it seems, a CIA asset.  11 documents from the CIA’s archives detail how when he went to the Soviet Union and met Premier Nikita Kruschev, and when he hosted ambassador Stanislav Menshikov and old-school Soviet Anastas Mikoyan in the US, he provided information to the Agency.  He also appears to have been good friends with none other than Allen Dulles, as several letters between them containing trivial, and not-so-trivial, information demonstrate.

In particular in his role as president of the MPAA (from 1945 until his death in 1963) Johnston implemented reforms that helped the US gain a larger proportion of the film export market, for example in negotiating with the British government to end a tax on importing US motion pictures.  This is in keeping with the OSS’s plans for weaponising the motion picture industry detailed here.

Johnston also helped institute the Hollywood blacklist of writers, actors, musicians, directors and so on who were believed to hold Communist or simply ‘unAmerican’ political views.  Meanwhile he liberalised the Hays Code governing what could and couldn’t be shown in US-made films, paving the way for films like North by Northwest (the first film to mention the CIA) and the James Bond film franchise.  The sex and violence of late 50s and 60s motion pictures would not have been allowed under the Hays Code in its original form.

You can download the 11 CIA documents relating to Eric Johnston in one .rar file here.