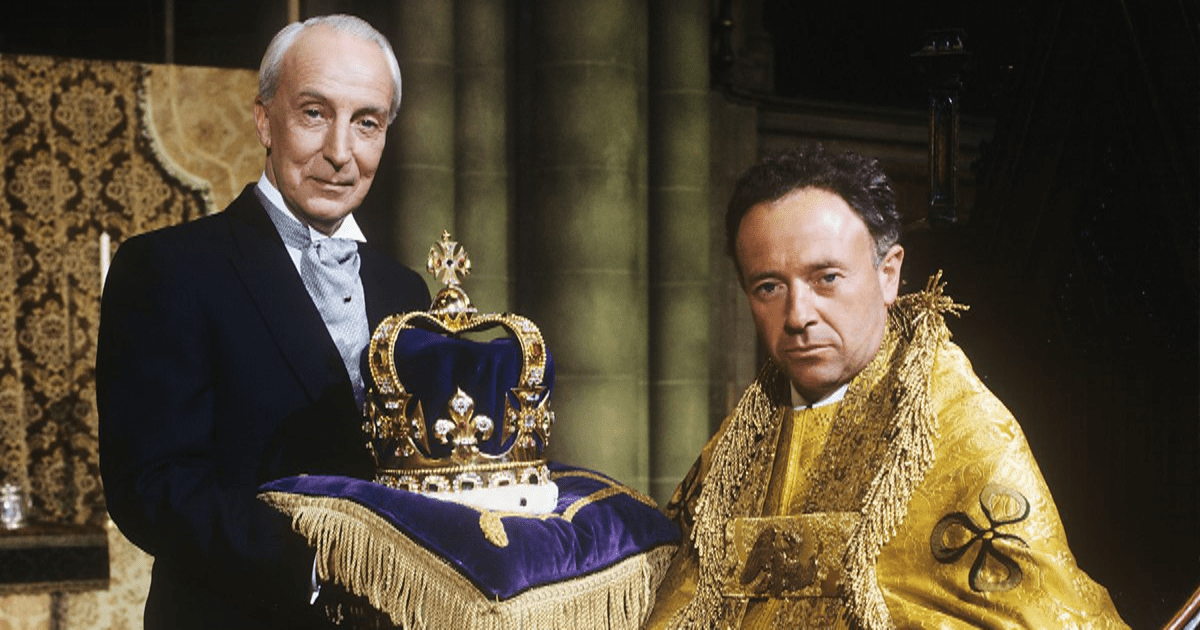 In this extra bonus podcast for subscribers Pearse and I discuss the second season of the British House of Cards – To Play the King.  Our review covers numerous parallels between what happens in the series – when a left-wing King rises to challenge Urquhart and how the PM and the security services respond – with recent events in British public life including the rise of Corbyn, the terrorism in the run-up to the election this year and the fire at Grenfell Tower.

This is a preview – the full podcast is only available to Patreon subscribers.

Tom and I are back for the second installment of our series on the House of Cards trilogy. This month we dissect the second series To Play the King. Tom and I look at the role of monarchy in Britain and the immense power it exerts politically. We explore how this is presented in the show, which the introduction of the newly anointed King, and his battle with Francis Urquart Tom and I talk about the fictional King and Queen’s real life counterparts Prince Charles and Princess Diana. We also discuss whether or not the monarchy should ever exercise it’s power to make political or economic change. We also take a look at how the show portrays other members of the royal family such as Quilly and the Fat Princess Charlotte.

Next Tom and I discuss the other major theme of this second series, the role of the security state. We talk about one of our favorite character Corder and his mysterious role through out the series. Tom and I talk about some of the real life events the show depicts, including the infamous assassination of three IRA members in Gibraltar in 1988 during Operation Flavius. We discuss how the security state represents the true power source of not only Urquart but of the whole of Britain. Tom and I also focus on Urquart’s use of false flag bombings and surveillance of the monarchy and virtually everyone else. We also touch on the bizarre parallels between the plot of To Play the King and the recent British elections and the wave of terrorists attacks including the London Bridge stabbing and Manchester Bombing. We also look at the strange similarity between this season and the Grenfall Tower fire.

We finish off the episode by once again asking if everything is about sex. We focus on Stamper’s possible unrequited love for FU and how this leads to his ultimate downfall.