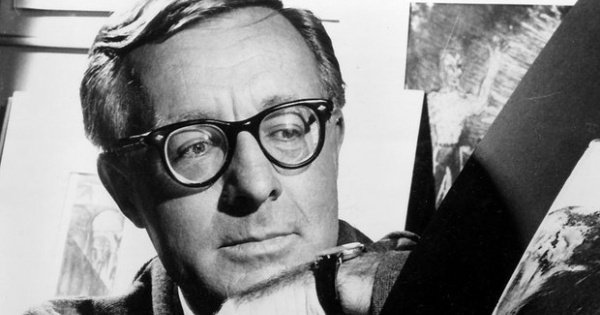 The FBI recently released their file on popular author and screenwriter Ray Bradbury.  Like so many involved in popular culture in the mid-late 20th century, Bradbury was investigated due to suspicions that he was involved with Communism.

The file is mostly a litany of diversions and pointless investigations.  For example, the FBI suspected for some time that Bradbury was born under another name (which is redacted in the publicly available file) before eventually finding out that they were two different people.  It also devoted quite some time to looking into the possibility that Bradbury was going to travel to Cuba, at that time illegal under US law, but this also turned out to be a red herring.

The most interesting part of the file are the statement of Martin Berkeley, a relatively successful screenwriter of the 40s and 50s.  Berkeley had been outed as a former member of the Communist party to the House UnAmerican Activities Committee in the 50s, and has testified before that Committee and generally co-operated with the US authorities for a number of years.  His comments on Bradbury are quite revelatory: The notion that Sci-Fi might be a channel for ‘the introduction of Communist ideologies’ is not that uncommon but the idea of using depictions of the future (predictive programming) as a means of propaganda is rarely discussed in official documents.  As the date in the document shows, the FBI were aware of this method, or at least considering its possible use by others, as early as 1959.  You can download the full FBI file on Ray Bradbury here (PDF, 1.13MB).