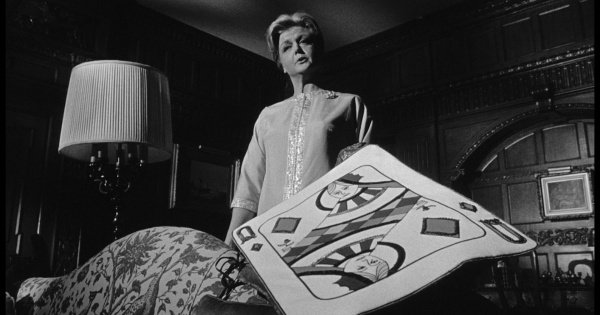 Author and publicist Richard Condon is best remembered for writing The Manchurian Candidate – a biting futuristic satire in which a Medal of Honor winning soldier is brainwashed by the Soviets to try to assassinate the US president.  The FBI files on Condon and his most famous book draw numerous connections between the JFK assassination and The Manchurian Candidate (particularly the film adaptation).  The Bureau even conducted a background search on Condon before the book was even published, solely due to it depicting the FBI.

The FBI File on Richard Condon

The new documents were released courtesy of a FOIA request by John Greenewald of The Black Vault, and came not via the Bureau but from the National Archives.  The file on Condon covers August-September 1958 and reveals that the author had been interviewed by the FBI earlier that year in connection with the Swedish photo journalist Per-Olow Anderson.  The previous year Anderson had published his most respected work They are human too: A photographic essay on the Palestine Arab refugees. Exactly what Condon told the Bureau about Anderson is not clear (though presumably there is a file on Anderson that could yield this information).

An FBI airtel records how:

He added that he expected to have a book entitled “The Manchurian Candidate” published in February 1959…  Condon indicated that the book would deal with a Soviet plot to have the President of the United States assassinated by a congressional Medal of Honor winner.  He stated that in the book intelligence agencies such as the CIA, G-2 and FBI, on the basis of available facts, find it difficult to determine what is the Soviet interest in the Medal of Honor winner.  Eventually, he said, this riddle is solved by the FBI.

Condon had phoned up the FBI earlier that month to try to find out the Bureau’s term for a ‘general alarm’.  Though they brushed him off by saying they couldn’t give out that information the FBI immediately requested a ‘discreet background check’ on the author.  The order for this investigation notes that ‘under no circumstances should Condon become aware of your inquiry’.

The checks found nothing particularly derogatory, even noting that during WW2 he had ‘devoted much time gratis to national defense publicity’.  They did record how his first play – Men of Distinction –  lasted for only four performances because ‘reviewers to a man found the plays about unsavory doings of cafe society characters unpalatable for their tastes’.  The file rounds off stating that if Condon did approach the FBI for formal assistance in writing The Manchurian Candidate that this information be considered ‘in determining whether we will cooperate with him in any manner’.  It seems that Condon did not follow up his phone call as there is no correspondence between him and the Bureau in the file.

The FBI File on The Manchurian Candidate

The final document in the Condon file should really be in the Manchurian Candidate file because it is a letter from Donald R Ackerman – a land surveyor in New Jersey – who wrote to J Edgar Hoover to complain that the film adaptation ‘helped the Communist cause’.  Ackerman points out that the anti-Communist senator in the movie is clearly based on Joe McCarthy, and when his wife is sued by a left-wing senator for defamation he donates the $65,000 in damages to the ACLU – which was on the Attorney General’s list of subversive organisations.

The final punchline comes when the anti-communist fighter, the wife, turns out to be the communist  agent, who is taking advantage of American anti-communist sentiment to seize power. The audience gasped.

Ackerman’s letter explains that he believes the purpose of the movie was to ‘confuse, divide, demoralise and neutralise’ the audience, and that anyone considering a career in anti-Communism would have second thoughts because they wouldn’t know what was true or who to trust.  ‘They’d be afraid of making a wrong move’ he writes.  He concluded that ‘the picture did a disservice to honest, sincere, hardworking anti-communists’, robbing them of support ‘when they need all the support they can get’.  He even asked Hoover that if the movie was as pro-Communist as he believed, ‘should not something be done about it?’.  The reply came back to Ackerman that the Bureau could not comment on the film as they had no involvement in its production.

The rest of the Manchurian Candidate file mostly consists of documents about the JFK assassination that appear to have little to do with the book by Condon or the film adaptation.  The memos include mention of The Oswald Affair by Leo Sauvage, one of the earliest critiques of the Warren Commission.  There is also a copy of a letter to Lee Harvey Oswald’s mother from the legendary George C Thomson.  Thomson was known in JFK circles as a rather ludicrous figure who speculated that it wasn’t actually John F Kennedy in the motorcade and instead was the body of Dallas police officer JD Tippit.

However, there is another letter to Hoover from a viewer of the film version of The Manchurian Candidate.  James J Ellswick of New York wrote to the Bureau to say that he had seen the movie and that:

If the late Lee Harvey Oswald had seen this picture I am sure it would been the motivating force in his assassination of our late president.  I sincerely urge you, and if possible a few of the people involved in the investigation of our president’s death, to view this picture as soon as possible and form your own opinion.

There is no indication that the Bureau took this seriously, which is somewhat bizarre as their JFK assassination files contain numerous references to Ian Fleming’s James Bond novels being found among Oswald’s possessions, along with an article suggestion that Oswald was some kind of James Bond copycat.  Whether Oswald ever saw or read The Manchurian Candidate, I do not know.

FBI File on The Manchurian Candidate