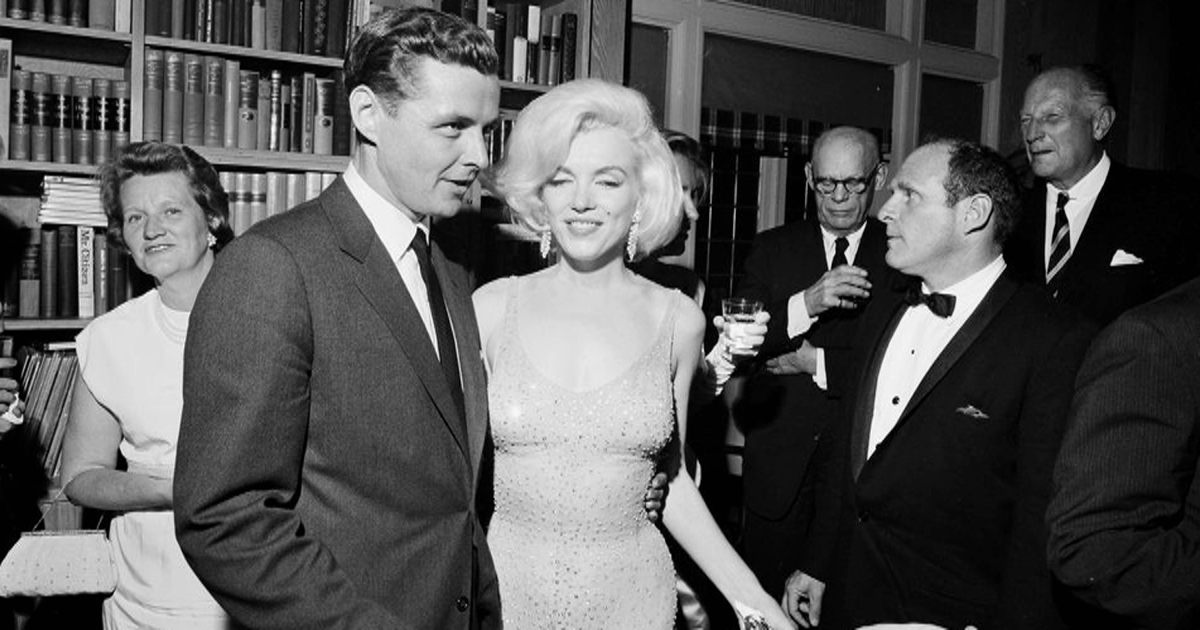 When Marilyn Monroe died in 1962 the FBI quietly investigated, collecting clippings of newspaper and magazine articles claiming that she had been murdered – or at least callously pushed towards suicide.  Fingers pointed in many directions, but most pointed at the Kennedy brothers, particularly Attorney General Robert F Kennedy.

For example, one article from the following summer titled ‘One Year Later Marilyn Monroe’s Killer Still at Large!’ drew attention from J Edgar Hoover and other bigwigs at the Bureau: Exactly why the FBI had such an interest in Monroe’s death is not clear from the released files, but their curiosity extended beyond just monitoring the press for claims and allegations.  One report from October 24th 1964 (just over two years after she died) came from an unnamed former Special Agent who was now working in the California Governor’s office.   It opens with a caveat saying that ‘[redacted] advised that he does not know the source and cannot evaluate the authenticity of this information’.

Despite these vague and nebulous origins the memo was distributed among the FBI’s top brass, including Associate Director Cylde Tolson.  The report outlines an account of her death whereby RFK was having an affair with Monroe (true), that he promised to leave his wife for her (true), that she realised he was lying to her (true) and that she threatened to go public with the information (also true).  According to the FBI memo this motivated a conspiracy including the actor Peter Lawford, and also Monroe’s housekeeper Eunice Murray and her publicist Pat Newcombe.  They arranged for Marilyn to have access to lots of sleeping pills and other barbiturates to try to ‘induce suicide’.  However, this account all but exonerates Ralph Greenson, Monroe’s psychiatrist, contrary to the most plausible and well-evidenced account of her death. There is no evidence in the files of the FBI taking this rumour particularly seriously, no signs of any follow up investigation and of course RFK, Lawford, Greenson, Murray and Newcombe were never (as far as we know) interviewed by the Bureau.

You can download the FBI report on this conspiracy theory about the death of Marilyn Monroe here (PDF) and the full FBI release on Monroe here (ZIP).