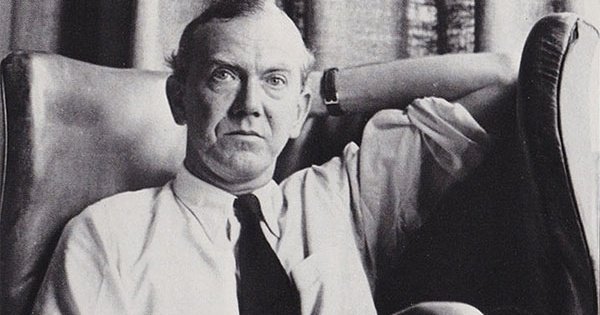 Graham Greene was one of the most important novelists of the 20th century, and one of the greatest spy novelists of all time.  He also holds the dubious honour of having worked for MI6 during WW2 but being spied on by the FBI as a suspected Communist.  Few spies have FBI files, so Greene is in a very small and distinct club.  The FBI records cover over a decade during the early Cold War, and Greene himself wrote a response to them.  The documents are provided here for the first time.

Greene led a fascinating life and was a spy in Sierra Leone in World War 2 working under Kim Philby.  Indeed, he knew several of the Cambridge spy ring, and joined the Communist party while studying at Cambridge in his youth.  This appears to have been either a prank or an attempt to impress a young lady because he left after a matter of weeks and there is no indication Greene was ideologically or institutionally involved with Communism or the Soviet Union.

However, this was enough to lead to him being barred from entering the United States in 1952, at the height of the Red Scare.  He was removed from the country, and his letters and telegrams were opened and read by the Bureau.  However, Greene applied for a waiver in 1956 and the State Department recommended that it be granted because otherwise Greene could ‘make a lot of publicity over his being detained’ and that ‘from the philosophies expressed in his writings it is evident that he is anti-communist’.  Greene visited the US on several occasions after the ban was lifted, but the FBI continued to spy on him when he visited Cuba and when he passed through Honolulu.

Ironically, or perhaps not so ironically, while Greene was under investigation by the Bureau the CIA were helping to turn one of his novels into a film.  Black operations veteran Edward G Lansdale – on whom the character of Pyle in The Quiet American is partly based – met director Joseph Mankiewicz while the film maker was scouting locations in Saigon.  Mankiewicz later sent a copy of his script to Lansdale, who approved of and encouraged the radical changes made to both the story and characters.  You can read Lansdale’s letter to Mankiewicz here.  The CIA eventually helped the producers to get permission to film in Vietnam itself, and while the original film does butcher the book it is nonetheless a very well made and visually impressive piece of cinema.

Perhaps the most amusing aspect to this story is that Greene obtained this file via a FOIA request to the FBI in 1984 (an appropriate year).  After finding out what the FBI had on him, and being upset that they’d catalogued him at 20 pounds heavier than he really was, Greene wrote an essay called Freedom of Information, which you can read here.

In it he describes a 45 page file (the FBI only sent me 40 pages) which he sets about dismantling with typically scathing wit and intelligence.  Greene wrote about his own FBI file:

Two whole pages are devoted to a gossip column by Walter Winchell, all for the sake of one sentence: ‘Hollywood newspapers are not happy about America’s most decorated soldier (Audie Murphy) taking the lead role in the film version of The Quiet American which libels Americans.  The author of the book admits being an ex-Commy.’  I was equally unhappy.  I would have preferred a good actor.

Along with castigating the FBI for getting his date of birth wrong (MI5 did the same thing with George Orwell) Greene also complained about the extent of the redactions.  Even aside from the five missing pages, he’s not wrong.  One document in particular has been completely blanked out by another agency, presumably the CIA: