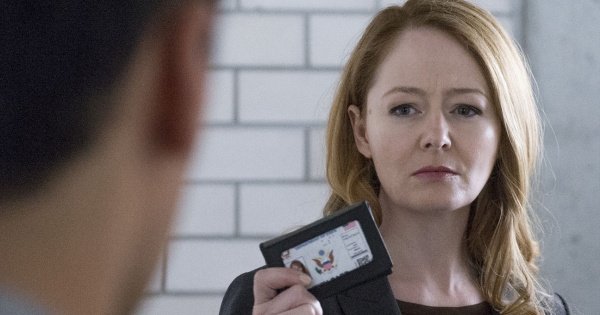 The latest in our ongoing review of Homeland season 5. Via PPR:

On this penultimate episode of our Homeland series Tom and I begin by venting about our hatred of Alison. Next we move onto the shows continual use of women as negative characters. We discuss the similarities between Allison and real life Russian spy Anna Chapman. We look at the parallels between these two characters and the notion that Allison will receive a hero’s welcome if she returns to Russia. Next we explore if the Russian government would actually let an attack happen, as Homeland suggests, in order to galvanize the West to fight ISIS. Tom and I lay out some of our theories as to why the Russian’s don’t talk about the Gladio operations (Boston, 9/11, Paris) that they clearly are aware of. We discuss the emergence of yet another evil female spy this time in the form of a German Foreign Office official. Later Tom and I discuss one of the major takeaways from this season: that the CIA no longer engages in torture. Through out this season we have seen several distinct plot lines that lead us to believe that the CIA no longer uses this brutal tactic. Tom and I discuss the moral issues surrounding torture and the aspects of torture that are never brought up in the debate. We discuss how the show uses the character of Marwan to illustrate that torture doesn’t work, and how this is most likely a deliberate propaganda move to wipe clean the CIA’s hands. We also note how the show has routinely made the Germans look not only like torturers, but Nazis and Stasi as well. Tom and I also touch on Hollywood’s false portrayal of strong female characters in movies such as Spy, and how this is really just more of the same. Later we move onto the portrayal of Laura Poitras in the show and how this may reflect the CIA’s various desires to portray her as hero and villain. We round off the conversation by discussing some very interesting listener emails and tweets.

Laila Helms could be a character in Homeland

First Look Media wants to make the next “Spotlight”