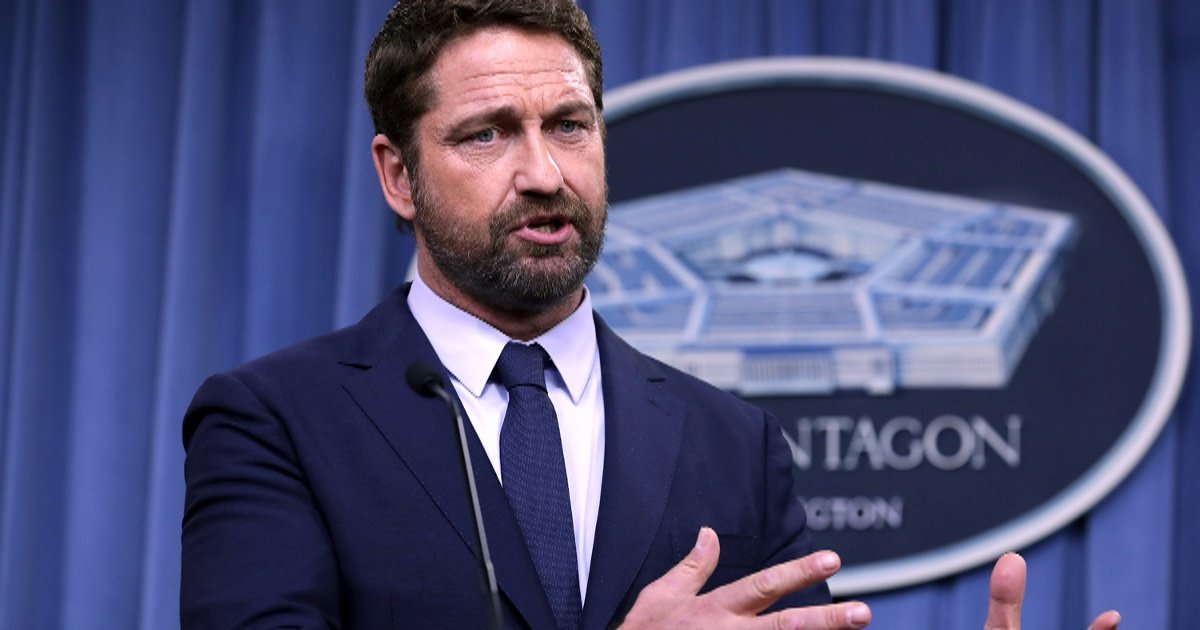 A few weeks ago, Hollywood star Gerard Butler found himself behind a podium at the Pentagon talking to the national press.  Given how rare Pentagon press conference have become in recent months, a number of people have asked the question as to how he ended up there, and why a Scottish movie star was deployed to talk to reporters.  I reveal the background to this bizarre event, which marks a new tactic in the activities of the military entertainment liaison offices.

Butler’s appearance at the Pentagon surprised some, but not me.  One of the highlights of the over 500 pages of Production Assistance Agreements released to me by the US Navy was the contract for Butler’s recent movie Hunter Killer.  Unlike any other agreement I’ve seen, the contract outlines the plot and reasons for providing military support:

It is agreed between DoD and the Production Company that HUNTER-KILLER is an action feature film which features U.S. Navy forces engaging in hostile defensive actions outside the territorial waters of the United States against a competent military adversary and includes a senior leader hostage rescue; a distressed submarine crew rescue; modern unclassified submarine warfare tactics, techniques and procedures (TTPs) demonstrating the professionalism of the commanding officer and crew of Virginia-class and Los Angeles-class fast attack submarines. This film is an opportunity for the DoD and the USN to showcase the discipline of the crew, command structure, and communications. This film represents a unique opportunity to introduce to the public female submarine crew-member integration, and illumination of some of the mystery of undersea operations.

It goes on to highlight how a top Pentagon policy official reviewed and approved the script:

So clearly Hunter Killer got the special treatment, the first class service reserved only for those productions that are fully-fledged commercials for the Pentagon.  So I wasn’t surprised to see Butler at the Pentagon, praising the Navy and in particular praising their entertainment liaison office.  In a recent interview Butler explained several things that explain how this all came about:

(1) Butler was invited to the Pentagon by the Navy, he didn’t ask to go.

(2) Once he got there, they asked him to do the press conference, at which point he couldn’t really say no.

(3) That the press conference was not about the film per se, but about the ‘partnership with the Navy’ and ‘letting the public know why the Navy want to partner with movies’.

In another recent interview he confirmed all this, and said that the Navy ‘gave him information’ to prep him and ‘I’m more defending them, saying don’t worry you didn’t spend any money, necessarily deviate from their mission’.  As such this wasn’t strictly a press conference for the Navy themselves, but for their entertainment liaison office.  The Pentagon’s PR operation in Hollywood is now using Hollywood stars to promote their own PR operation.

This is a new step for the ELOs, as previously this sort of thing was confined to DVD bonus features and the occasional article on one of their websites.  To set up a Hollywood star, and ambush him into presenting a press conference for them, is perhaps one of the most outrageous things they’ve ever done.