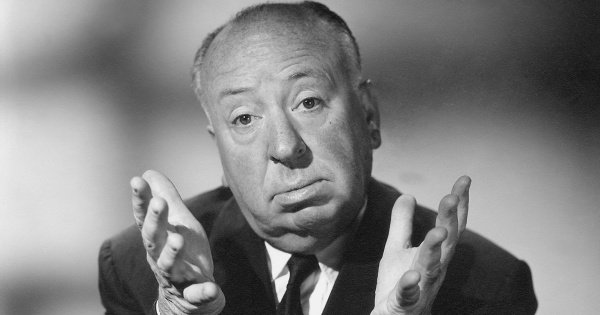 Alfred Hitchcock virtually invented the spy movie genre, and made a career making films about murder, intrigue, cover-ups, suspense and spies.  He suspected that he was under FBI surveillance during the production of Notorious, but the release file only covers a later period.  Rather than being concerned with Hitchcock himself, it tells the story of how the Bureau rewrote an episode of Alfred Hitchcock Presents to remove what they perceived as a negative portrayal of themselves.

Ahead of this weekend’s episode of ClandesTime looking at Hitchcock’s Rear Window I felt it was a good to revisit this file, which was first made available via a FOIA request by a Muckrock user.  It concerns an episode of Alfred Hitchcock Presents that was censored due to its depiction of current and former FBI agents.

Story as related to NYE involved a degenerate woman who sought return of her seven year old daughter from a couple who adopted girl in infancy. Private investigator volunteers to assist mother in perpetrating kidnaping of child from school grounds. Girl, who woman believes to be her own daughter, induced away from school grounds and into residence while private investigator is presumed to be undertaking to contact adopted parents for $20,000 ransom.

The FBI objected to their agent and former agent being shown behaving in this way.  They spoke with Godron Hesler, the Production Executive for the Hitchcock company and the principal writer of the script:

The improper portrayal of an FBI agent was pointed out to HESLER and provisions of federal kidnaping statutes were explained.

HESLER expressed understanding of the FBI’s position in this matter, and asserted that he would not portray the FBI in any manner in his rewritten script.

The Bureau asked Nye to monitor the production to ensure that the studio followed through on their promises.  In the event, Hesler snuck a line back into the shooting script about the private detective being an ex-FBI agent.  A Bureau memo records:

A review of the final script for this production, which was filmed during the first week 6th February, 1961, contained one dialogue comment in connection with the introduction of a private detective to the effect that this detective used to work with the FBI, and still keeps in touch with the agency.

Nye mentioned that GORDON HESLER, production executive for the HITCHCOCK company and principal writer on the above-captioned script, had previously assured him that no reference to this agency would appear in this film; however, HESLER had inserted a revised page of dialogue in the script, apparently during the filming, with the comment relating to this Bureau.

According to NYE, this film is being edited and will probably be presented on a HITCHCOCK program during the latter part of March, 1961. NYE will follow the editing to determine if this reference is retained or deleted. He is endeavoring to discreetly effect the elimination of this bit of dialogue. Contact is being maintained with NYE for subsequent information concerning the editing and release of this film.

This is where things get a little weird.  A later memo records:

On 3/27/61, JAMES NYE, Director of Plant Security, Revue Studios, Universal City, California, advised that final editing on the television film entitled “A Pearl Weeps,” produced from the above-captioned script, has no FBI agent role in it. The comment that a private detective who appears in the film “used to work with the FBI and still keeps in touch with that agency” is made in the film, although NYE had suggested its deletion.

This is confirmed in yet another memo recording how the line was left in and that the episode would broadcast in April and that the FBI would monitor it:

By letter dated March 30, 1961, the Los Angeles Office indicated that on March 27, 1961, Mr. Nye advised that the final editing has been done on the television film “A Pearl Weeps.” The comment that the private detective who appears in the film “used to work for the FBI and still keeps in touch with this agency” is made in the film, although Nye had suggested its deletion. The film is to be shown on NBC on the Alfred Hitchcock Presents program during April, 1961. The show will be monitored.

However, there is no episode of Alfred Hitchcock Presents called A Pearl Weeps, and the episode broadcast under the name A Crime For Mothers featuring this storyline was broadcast in January 1961, weeks before these memos about Nye trying to influence the editing of the episode.  Did the studio pull a fast one to get around the FBI’s censorship?