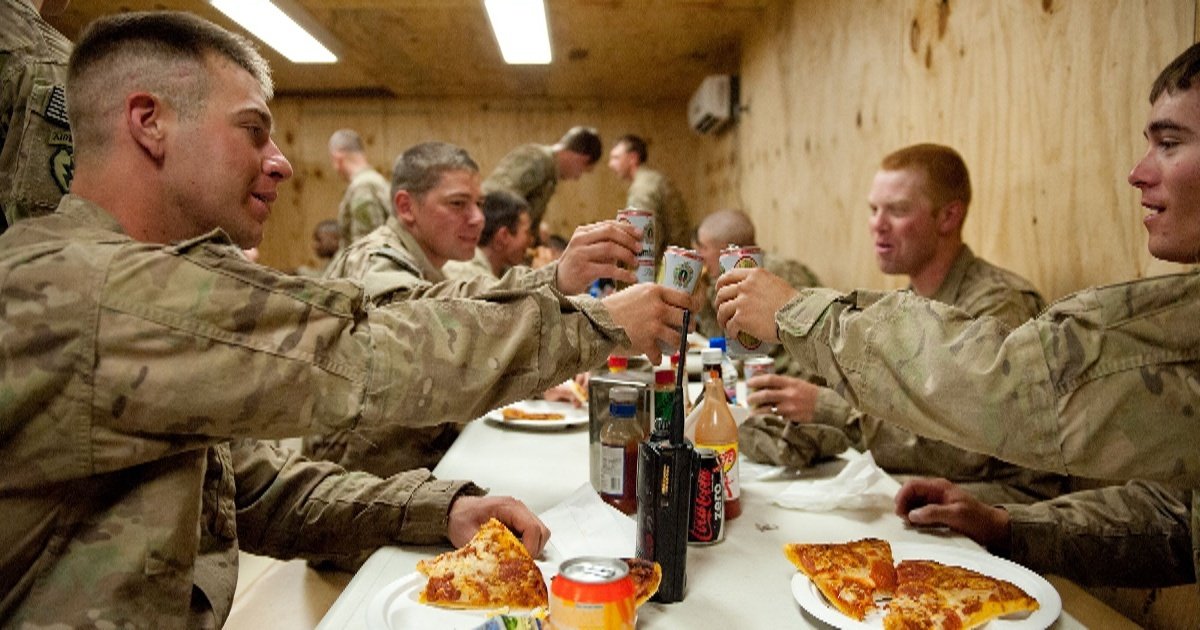 How the Pentagon Uses Hollywood to Cover Up its Alcohol Problem

The US military has a drinking problem, but like most of its problems it’s OK because the entertainment liaison offices are there to make sure Hollywood doesn’t draw attention to it.  From episodes of Wonder Woman through to blockbuster films, scenes of services members drinking have been edited or removed from scripts.

As both academic and mainstream news articles testify, the issue of US troops drinking to excess is long-standing and widespread.  The most recent numbers show a small decrease from the previous survey in 2011, but the problem remains.  When service members were asked whether they had engaged in binge drinking in the last 30 days, around a third admitted that they had.

This is not just a military problem – stress-related alcoholism is fairly commonplace – but most employers don’t have sophisticated entertainment liaison offices rewriting Hollywood movies to spare their blushes.  As documents recently made available online by the US National Archives show, the New Adventures of Wonder Woman episode “Trouble in Paradise” was rewritten at Donald Baruch’s instruction in order to qualify for DOD support.  One of the changes was to remove a joke about drinking on the job. Likewise, on Rules of Engagement one of the script notes says (about the character played by Tommy Lee Jones):

Hodges wouldn’t make colonel with lousy paper. Probably couldn’t get away with being an alcoholic either.

In the film Hodges does drink heavily at one point, following a very stressful trip to Yemen, and Samuel L Jackson’s character says he is ‘still a drunk’ during a fight.  But by this point Hodges is retired, and there is no suggestion of him being an alcoholic while he is in uniform.

Home of the Brave

On the war drama Home of the Brave, about a group of Army reserve soldiers struggling to adapt back to civilian life after a tour in Iraq, alcoholism was one of the problems they had with the script.  An entry in an Army entertainment liaison office report notes:

Home of the Brave. Reviewing this [Irwin] Winkler Films (the “Rocky” franchise, “GoodFellas,” “Raging Bull”) script about a disparate group of Army Reserve Soldiers returning from Iraq, all of whom are deeply scarred – either emotionally and/or physically – and their miserable time readjusting to life. While there is a vein of suicide, attempted suicide, domestic violence, chemical and alcohol abuse, and depression – as well as a healthy dose of political commentary by characters who are not Soldiers – running throughout the script, the writer and producer think this is a good movie for the Army. Shooting is set to begin in Washington State (faking for Los Angeles) after the first of the year on this $11.5 mil. budgeted film. It has not been stood up at any of the studios and is being independently financed, most by foreign investors. The movie is to be “pre sold in foreign markets.” To say nothing of the scripts theme(s), in its current form, the technical errors in fact are so vast that it is unlikely that the DoD/Army can materially support this film.

Another Army liaison office report discusses the FX series Over There, which was rejected by the DOD for obvious reasons.  An entry comments:

“Over There.” This much written-about, wildly hyped Fall TV series for the FX network continues to garner much interest -if not by the actual public, certainly by the journalists who write the stories. This show does not enjoy support by the Department of the Army as OSD has deemed it not in our best interest – similarly, the shows “E-Ring” and “The Unit” are also being made without our support.

Yesterday, prevented Camp Pendleton (USMC) from hosting a visit by ABC News so that they might screen an early copy of the show for Marines to get their opinions on the “reality” of this not-so-realistic show which features among other things, a chronic pot smoking Soldier (on post state-side and implied in Iraq), an abusive Vietnam era Sergeant who chides his Soldiers for not fragging the Lieutenant when they have the chance,  beer/alcohol runs to nearby sister battalions in Iraq, gender integrated Infantry line units, and tactics for advancing on an enemy that would have military tacticians pulling their hair out.

Similarly, for the unmade comedy Beverly Hills Marine the Marine Corps reviewed the script and provided notes, the first of which says:

Page 28: DI pops open a beer. Drill instructors are not permitted to store or consume alcohol within the duty hut of a recruit barracks. Suggest changing the verbiage to a soda and “wishing it was a beer.”

The Army gave almost identical advice to the makers of Memorial Day, with their notes commenting:

Page 99: Drinking in theater is a violation of General Order #1. A reasonable substitute would be an energy drink and the Soldier could say “wish this was a beer”.

Just as with other signs of stress and mental illness, it seems that its employees drinking alcohol, often to excess, is something the US military is working hard to keep out of our entertainment culture.  Maintaining their reputation for cultural conservatism, they are even helping the Bureau of Alcohol, Tobacco and Firearms set up their own entertainment liaison office.  An Army report from November 2016 states:

ATF Meeting: Personnel from the Bureau of Alcohol, Tobacco, Firearms, and Explosives requested a meeting for Tuesday. This is in reference to their desire to establish an office similar to OCPA-LA, and they want to discuss best practices and operations.

US Marine Corps script notes on Rules of Engagement