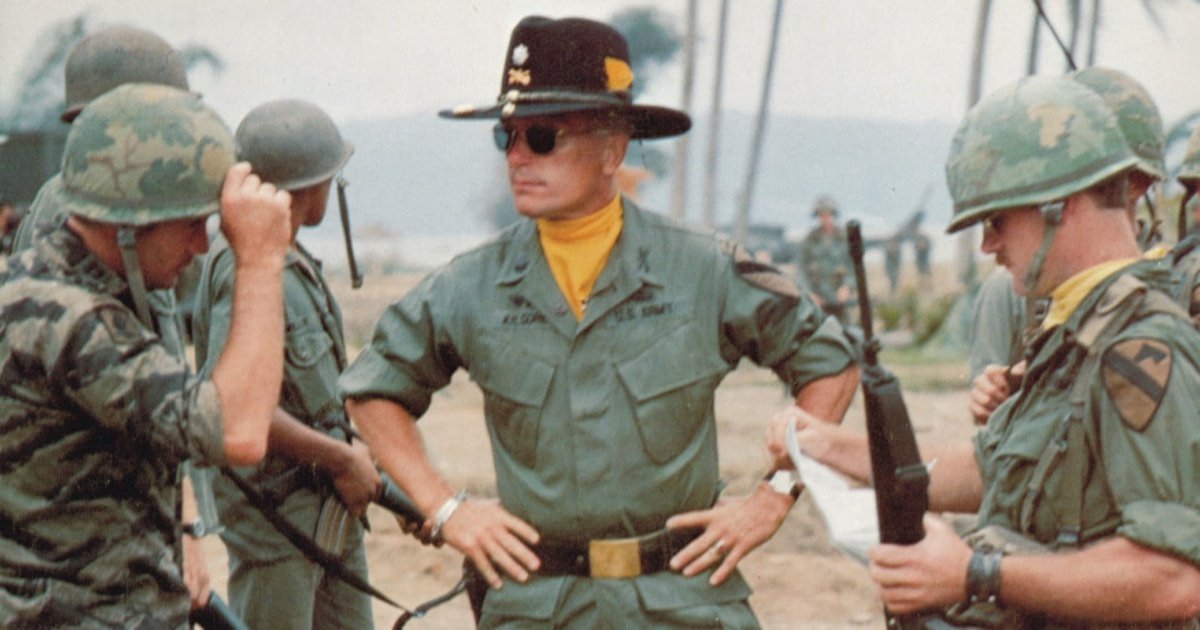 The Vietnam war had a huge impact.  3 million dead Vietnamese, tens of thousands of dead Americans, and millions more on both sides suffering from trauma, depression and drug and alcohol addiction.  It also had a major influence on the US public’s willingness to engage in full-scale wars (at least until 9/11).  It also had a profound effect on the DOD’s entertainment liaison offices, who largely stopped supporting war movies, thus contributing to the decline of the genre.

The majority of great Vietnam war films were not supported by the Pentagon.  Jacob’s Ladder, Full Metal Jacket, Apocalypse Now, Platoon and The Deer Hunter, along with lesser known films such as Beach Red and The Americanization of Emily either never approached the Pentagon for production assistance, or were turned down.  Indeed, even films that never asked for support are included in the DOD’s Hollywood database – clearly Vietnam, and the cinema of the Vietnam war, is a preoccupation for them.  On The Americanization of Emily (1964) they comment:

First American movie to show a military man as a professed coward and proud of it. James Garner is a “gofer’ for his admiral in the weeks before D-day. The admiral decides the first dead American on Omaha beach should be a Navy man. Garner ultimately becomes a hero and emily approves, thus the title. No record of company seeking cooperation given the portrayal. However, film is important since it contained anti-war arguments as Vietnam was heating up.

Three years later on Beach Red (1967) they initially agreed to support the film but then changed their minds.  The database says:

Marines liked script and provided combat footage which Cornel Wilde restored. However, the corps then concluded the film would make an anti-war statement at a time when Vietnam was escalating and declined to provide actual assistance. Instead, the production company used the Philippine army.

The list of reasons why so many Vietnam war films were turned down is as varied as the films themselves:

Limbo (1972) – ‘Navy turned down request for limited assistance on grounds that it showed POW wives being unfaithful and that completed film would be shown in North Vietnam as soon as it was released in US. And the wives’ infidelity would hurt POW morale, espcially if film had received military support.’

Cinderella Liberty (1973) – ‘Director and film company negotiated for a long time seeking cooperation. Sticking point was that sailor goes AWOL to take care of boy whose mother is a prostitute. Ultimately reached a tentative agreement, but then Chief of Information decided that film perpetuated negative image of Navy resulting from the Vietnam war-even though Vietnam is not mentioned and is not subject.  After final turndown, filmmakers returned to original script.’

Coming Home (1978) – ‘Marines refused to provide assistance on story which contained reference to leathernecks in Vietnam cutting ears off dead Viet Cong, portraying an officer suffering a breakdown from his war experiences and committing suicide, and a paralyzed Vietnam vet attacking the Marines.’

Apocalypse Now (1979) – ‘Since script called for “termination” of one officer by another Army always refused to consider assistance.’

Liberty Call (1984) – ‘The film is a poor reflection of the Navy and an insult to Vietnamese government.’

In Love and War (1987) – ‘Approved not all the requests, only the request for stock footage. Problem was Admiral Stockdale’s claim that no North Vietnam ships attacked the American destroyer in Tonkin Gulf. Contrary to official policy. Footage given because of Stockdale’s heroism and reputation, but no other help.’

BAT-21 (1988) – ‘Initial script received Air Force approval March 84. Air Force felt script was an excellent portrayal of a true incident that occurred in Vietnam. However, the project went into limbo Until 1987, the the air force approved a new script, once some changes were made. Assistance was provided in the Philippines, but two objectional scenes remained in the film, including the destruction of a Vietnamese village. Accordingly, DOD declined screen credit.’

A Bright Shining Lie (1998) – ‘Story of John Paul Vann. Film could not decide whether to tell salacious story about Vann, a pedifile(sic), or a story of how the US lost the Vietnam war. Neither fish nor fowl. Positive view of Vann as a soldier and civilian advisor whose ideas might have produced a victory of sorts in Vietnam if the Pentagon had listened to him. Film showed him dying a hero’s death despite his personality flaws.’

Path to War (2002) – ‘So many liberties were taken with the actual history that the audience may get the impression that the military establishment was principally interested in mindlessly escalating the war, and President Johnson just trying to sort out the true situation and do the right thing.’

By contrast, only a handful of Vietnam war-themed films received Pentagon support.  While the 50s and 60s had seen huge numbers of war films being made, the 1970s was a decade of anti-war films and by the time the 1980s rolled around the movie industry had moved on to making other kinds of action movies.  The Pentagon’s refusal to support the vast majority of Vietnam war films effectively killed the war film as a mainstream movie genre.

I will be doing an in-depth analysis of the history of war movies and how the Pentagon’s involvement in Hollywood has affected them on a forthcoming episode of ClandesTime.