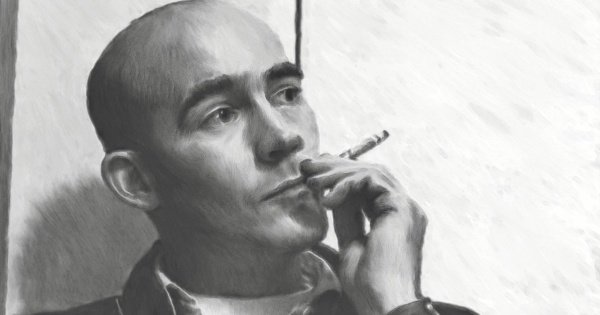 Author and the creator of gonzo journalism Hunter S Thompson could be expected to have an FBI file, and he does.  When it was released the FBI admitted that they had destroyed parts of it during the 1990s, and what remains is a smattering of amusing irrelevances.  They began their investigations into Thompson in 1967 and continued until at least 1971, but the most interesting aspect of this is that they had an investigation into him at all.  They found nothing, but they never really had any reason to look in the first place.

Thompson was a subscriber to the People’s World, a Communist publication based in San Franscisco.  He unsubscribed a few months after this came to the attention of the FBI, and as such was not an excuse or rationale for their ongoing investigation.  It appears that what actually upset the Bureau was the 1966 book Hells Angels, based on Thompson’s own experiences spending more than a year embedded with one chapter of the gang.  The gritty and at times gruesome behaviour depicted in Hells Angels concerned a lot of moral conservatives, and none more so than the cross-dressing pervert in charge of the Bureau.

The investigation covered Thompson’s 1970 attempt to get elected sheriff of Pitkin County, Colorado which was (unsurprisingly) unsuccessful.  The Bureau monitored news coverage, obtained copies of The Aspen Wall Poster – a newsletter Thompson published for a time, and sent agents to speak with locals near where Thompson lived.  There are several amusing highlights.  One local liquor store employee told them that she had seen ‘some very obscene publications come through the mail’ from NY.  The Bureau file includes various press cuttings including one titled ‘Hippies may elect sheriff’.

To be fair, Thompson tried his best to upset the political establishment.  His run for sheriff was on the Freak Power ticket, and he promised to legalise recreational drugs (their use, but not the drugs trade), ban any building tall enough to obscure the view of the mountains, and to rename Aspen ‘Fat City’ to try to deter investors.  Thompson also shaved his head and referred to the Republican candidate (who had a crew cut) as ‘my long haired opponent’.

One of the funniest documents in the FBI file is a June 1970 memo on Aspen Wall Poster #4.  It notes how ‘Under the black ink near the top of the front page, are red ink, are words which appear to be “impeach Nixon”, only they use a swastika in place of the “x”. (It is necessary to hold the paper up to a very strong light to read this)

Perhaps the most amusing entry in the entire file is the very last document – a letter dated October 1970 and sent from someone claiming to have known Thompson when he was a teenager and warning about him.  Written in a childish scrawl it reads:

I think but do not know that Hunter Thompson has a police record in Louisville. He was The bad boy of our neighborhood when he was high school and college age… It would probably have been around 1954-, 1955- 6 or 7. At that time, he lived on Ransdell Ave.

The memo to which this letter is attached mentions how it was received by Glen Ricks, the Republican candidate in the election for sheriff in Aspen, who then forwarded it to the FBI.  It also notes how the envelope containing the letter was postmarked Aspen.  But the anonymous later purports from be from someone in Lousville, Kentucky not someone in Aspen.  In all likelihood this letter was sent by Hunter himself, or someone else on his behalf, as either a joke or a very low level form of psychological warfare.