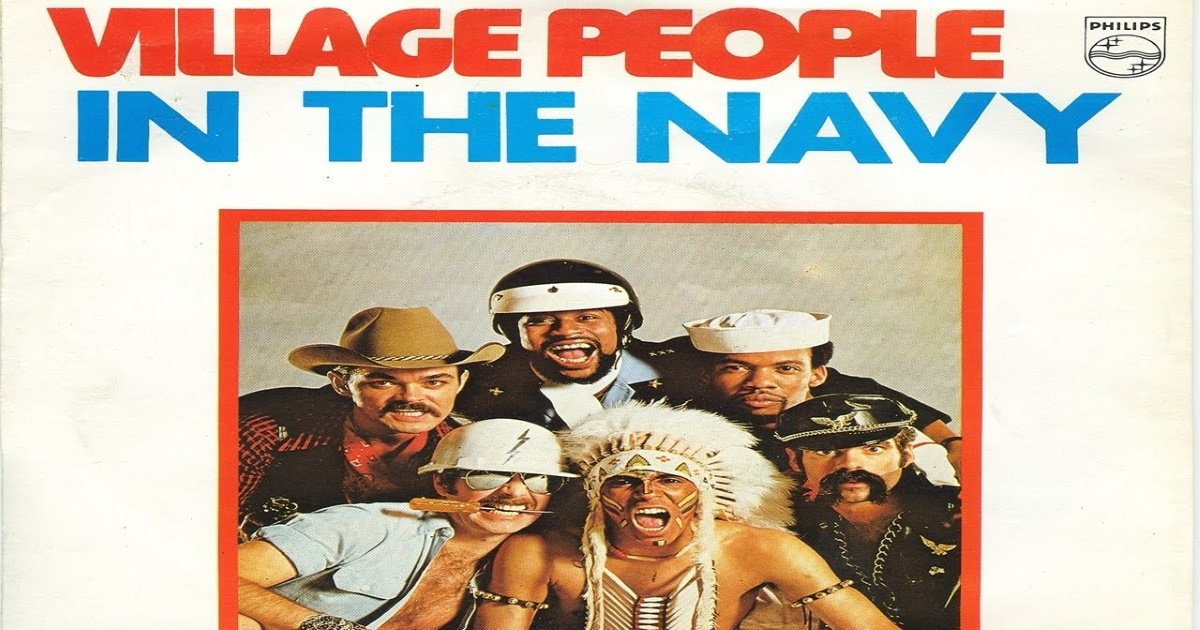 ‘In The Navy’ Songwriter Dead at 82

Co-founder of the Village People and co-writer of ‘YMCA’, ‘Macho Man’ and ‘In the Navy’ Henri Belolo died last saturday at the age of 82.  Born in Casablanca, Belolo was a key member of perhaps the first openly gay disco outfit.  He also participated in one of the funniest co-sponsorship deals the US Navy has ever seen.

Following the enormous success of their hit single ‘YMCA’ (which, bizarrely, became an unofficial promotion for the real YMCA) the Village People wrote ‘In the Navy’.  The song made it into the top 10 in the music charts in over a dozen countries, leading the US Navy to approach Belolo and ask his permission to use it as a recruitment anthem in radio and TV spots.

It seems the Navy didn’t realise the song’s subtext, which is about the Navy being a good place to meet a nice young man, if that is your taste.  Lyrics such as ‘You can put your mind at ease’, ‘Come on be bold and make a stand’ and ‘They want you, they want you’ as well as the gorgeous couplet ‘If you like adventure, Don’t you wait to enter’ might seem like rather obvious homosexual puns today, but at the time there’s no indication the Navy knew what they were getting into.

Belolo met with Navy officials and agreed to sign over the song rights for free, in exchange for the Navy helping to make the now-legendary music video.  A few weeks later a leatherman, a construction worker, a cowboy, a native American and a Donald Duck (look it up) turned up in San Diego to shoot the video aboard the USS Reasoner.  With the help of dozens of uniformed naval extras they produced once of the most outrageous music videos of all time.

It seems that after the video was shot the Navy realised what they’d done, because the song was never used in recruitment commercials of any kind.  In effect, Belolo and the other Villagers had gained access to a US Navy frigate, and all the support that comes with that, for absolutely nothing.

The song later featured in the 1990s comedy Down Periscope, which according to the DOD’s database was rejected for military support.  The entry reads:

Informally provided script for comment & feedback. Advised line producer that support was hopeless, given negativism and inaccuracies and the fact that the film was being rushed into production, so the company was unable to make huge changes. DOD approved of the Navy working with the maritime administration to use a mothballed submarine, which was towed in front of the cameras.

Amusingly, word of Belolo’s death (and the background with the shooting of the ‘In the Navy’ music video) was reported by the Navy Times, with an editor’s note reading:

Navy Times editor’s note: “In the Navy” was the group’s last major hit in the United States and it almost became an anthem for the sea service. The Pentagon approached Belolo to use the song as a recruiting jingle. So they struck a deal. Belolo agreed to license the tune to the Navy and the service in 1979 let a band that trafficked in camp stereotypes board the Knox-class frigate Reasoner in San Diego and dragoon sailors as extras for what everyone might concede is a pretty outlandish video. The Navy stuck with “Anchors Aweigh” but Village People got their footage. By the way, lead singer Victor Willis was the original naval officer in the group and, yes, a credited co-writer of “In the Navy.”

It is clear that the Villagers’ outwitting of the Navy back in 1979 is still a source of some embarassment.